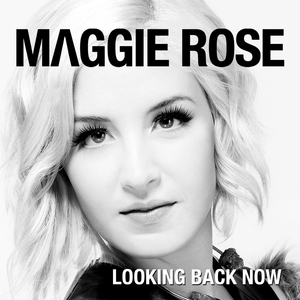 Maggie Rose kicks off the new year with the release of her new single, “Looking Back Now,” to country radio.  The new song serves as the third release from her debut album, CUT TO IMPRESS, and is a solid follow up to her previously released singles “Better” and “I Ain’t Your Mama.”

“Looking Back Now” conveys a dark story line of a woman who had been cheated on and roughed around. Throughout the song, the woman reflects back on her actions that cost her freedom, and eventually her life, and she realizes that she probably should have just let him run. Rose’s brilliant vocals, coupled with a compelling music arrangement, paints a vivid picture throughout the entire track. The release of “Looking Back Now” further confirms that Maggie Rose has one of the most talented female vocals in country music. The new single will make for a great fit on country radio as well as on the country charts.

Be sure to call in and request Maggie Rose’s “Looking Back Now” at your favorite country radio station.  Pick up the new single from her debut album, CUT TO IMPRESS, available now by clicking HERE.