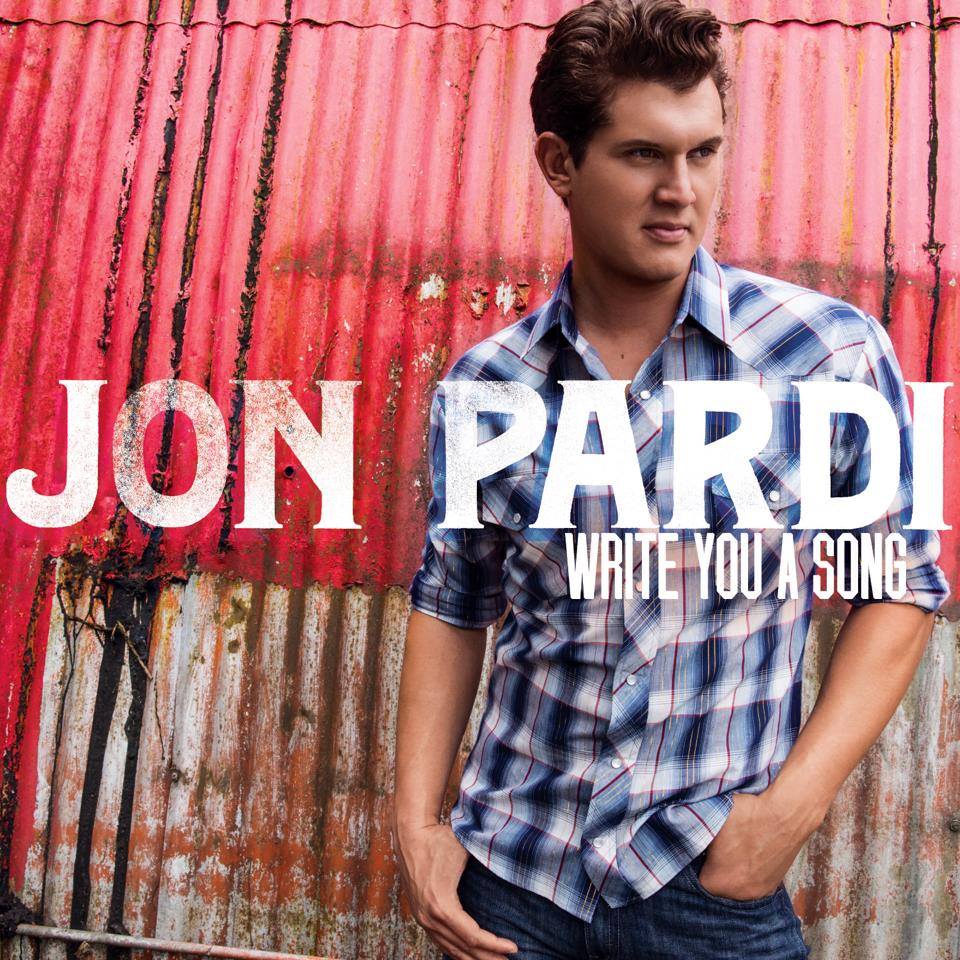 Jon Pardi released his highly anticipated debut album, Write You A Song, on January 14. The album houses 11 fantastic tracks, including his hit singles “Missin’ You Crazy” and “Up All Night.” Pardi co-wrote 10 of the 11 tracks on the album of which he also co-produced alongside Bart Butler.

Pardi definitely brings the party with his debut album featuring several upbeat, catchy tunes such as “Chasin’ Them Better Days,” “Trash A Motel Room,” “Empty Beer Cans” and many more. While there are several songs about good times and having fun, Pardi also exposes a softer side with “That Man.” The song showcases his strong vocals as well as memorable lyrics within such as, “when you want to be wanted, and you need to be needed…… I am that man.”

Additional standout tracks on the album include “What I Can’t Put Down,” describing habits that he just can’t quit, and album titled single, “Write You A Song,” as Jon references life on the road. Both songs will make for a great addition to country radio and on the country charts.

Write You A Song contains 11 impressive tracks, and brings the traditional country sound back to listeners.  The album is enjoyable from start to finish, and everywhere in between. Jon Pardi’s talents are showcased throughout the entire album, and we are lucky to have him representing this genre.

Jon Pardi is part of our CountryMusicRocks New Artists to Watch 2014 List.  With the release of his debut album, it is further confirmed that he is one to keep your ears tuned in and eyes on!!

Pick up Jon Pardi’s debut album, WRITE YOU A SONG, at a retail store near you or on iTunes HERE.