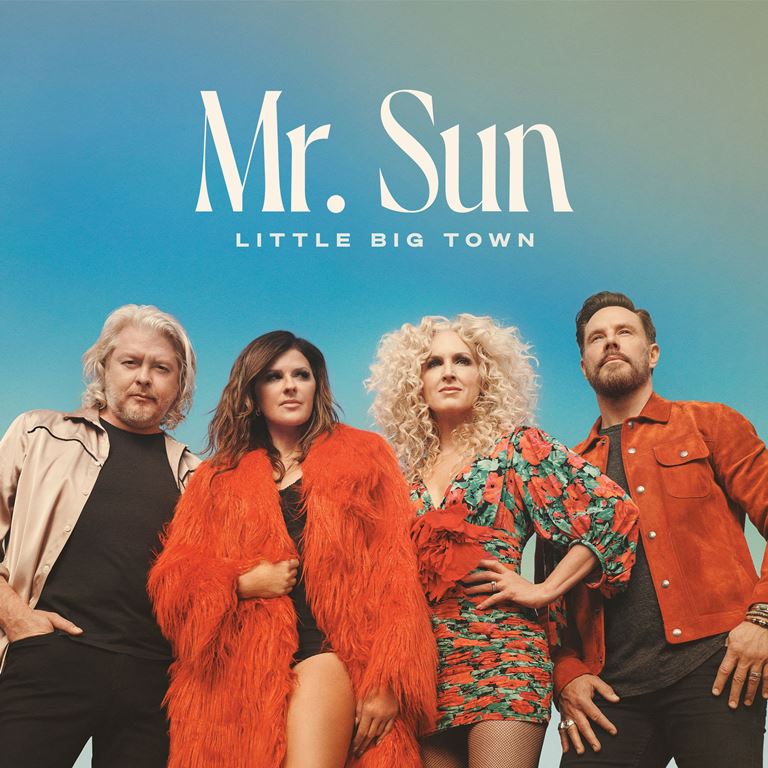 On Friday, July 22, the band will release a brand-new track and lyric video from the album, “Rich Man,” written by LBT’s Jimi Westbrook. Pre-save “Rich Man” here. An official music video for the song will arrive soon.

The genesis of Mr. Sun was unlike any of their previous albums. Due to the pandemic, the band found themselves off the road and apart for the first time ever throughout their 20-year journey. The resilience and creativity born from those months unearthed a deep appreciation for both one another, and the privilege of making music – ultimately inspiring the self-produced Mr. Sun, which packs both the sparkle of storytelling and the heat of truth-telling in a way only Little Big Town can.

“Mr. Sun is intentionally an emotional record that holds hands well with our last album Nightfall,” LBT’s Karen Fairchild shares. “Mr. Sun is focused on better days ahead, the value of friendships and family; it touches on heartbreak and letting go, but it’s full of sunshine and joy.”

“This album has a special feeling to it. We have collectively been through an unprecedented period making this album,” adds LBT’s Phillip Sweet. “Life is short; we are here to live it with the ones around us, loving them and ourselves the best we can. All the while, thankful for another turn around the sun.”

New and old relationships are woven through the Mr. Sun, with a member of the band writing or co-writing 13 of the 16 tracks, and a grand total of 33 songwriters hailing from 3 counties and 20 different states. These songwriting relationships span from 20-year friendships to first time connections, resulting in an album beaming with color across the entire spectrum.

Little Big Town will kick off the brand-new series “CMT Summer Camp” with the premiere episode airing Thursday, August 12 at 9p/8c on CMT. The exclusive one-hour special will include performances of new music and some of LBT’s greatest hits for a night of summertime fun.

To celebrate the album’s release, the band will perform on the 2022 Citi Concert Series on TODAY on September 16 from the TODAY Plaza at 30 Rock.

Little Big Town continues to bring their exceptional live shows to fans worldwide this summer – they recently wrapped up The Bandwagon Tour with Miranda Lambert and joined The Eagles on all dates of their European stadium tour this summer. This fall, Little Big Town will join Wynonna Judd on select dates of The Judds: The Final Tour.