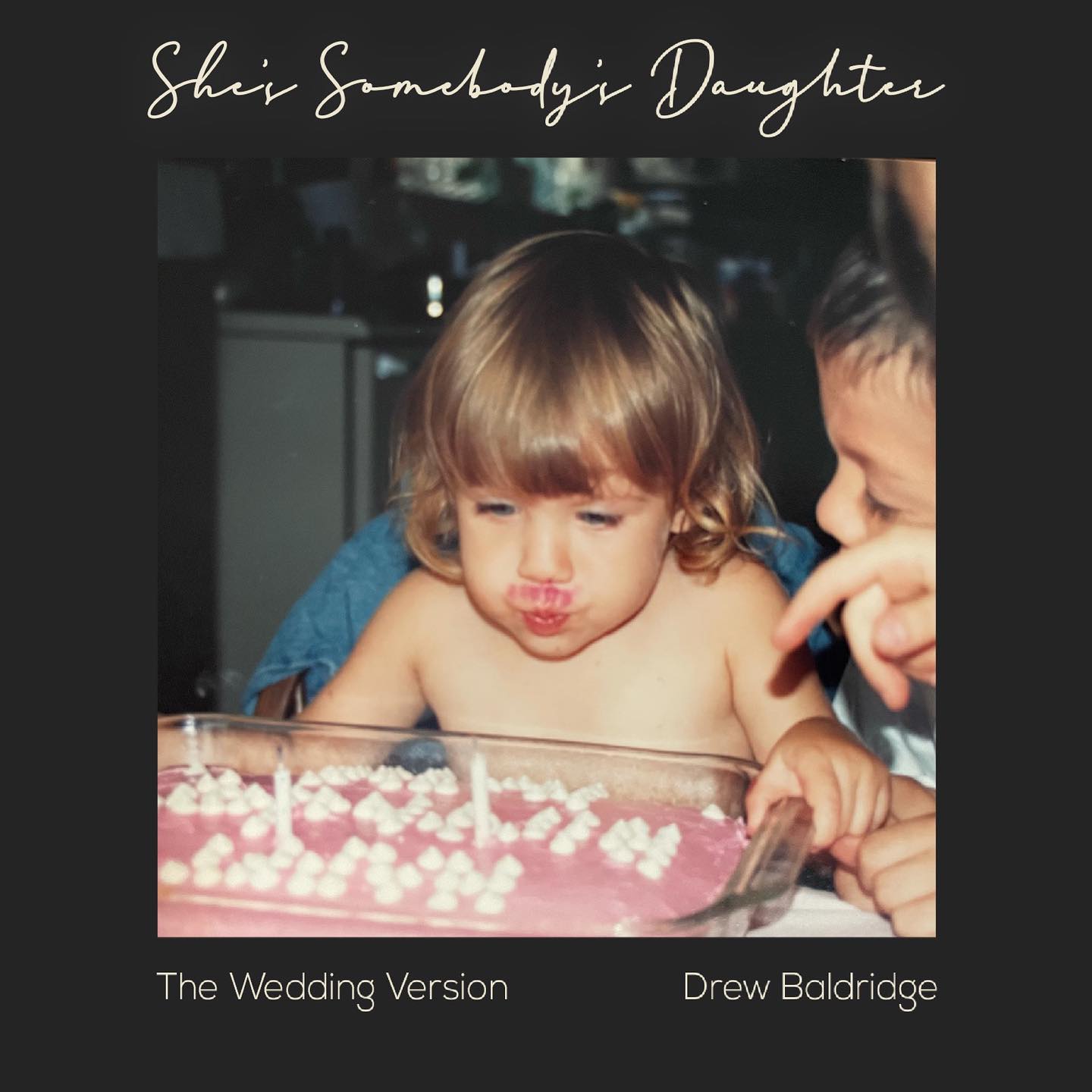 On the heels of his nuptials just over one week ago, Drew Baldridge officially releases a special recording of “She’s Somebody’s Daughter (The Wedding Version)” available everywhere now. As a tribute to his new bride, Baldridge took to the studio to record the new version of the song for Katie’s father/daughter dance at their reception. Just days after its release, the song has accumulated nearly 4 million impressions and streams across all platforms.

He told People Magazine in their wedding exclusive, “I wrote this song a couple of years ago with Katie in mind so it has always held a place in our hearts…” Baldridge’s wedding band even has the song’s title engraved inside.

Baldridge also released the official video for the song dedicated to his wife and featuring footage from his wedding as well as clips of Katie growing up. The song, co-written with Cameron Jaymes and Jimmy Yeary, was inspired by Katie so it is only right that the biggest day of their lives is front and center for the video.

Tying the knot is the highlight of his year, but Baldridge is continuing to stay busy with tons of exciting projects. He recently dropped his new single “Beach Ain’t One.” Written alongside Ryan Peterson and Ryan Plappert, “Beach Ain’t One” is a fun, summer anthem that has amassed multiple impressions on TikTok since its release.

Listen to “Beach Ain’t One” here.

In between his dates for the Baldridge and Bonfires Tour, he is also still hosting his popular weekend show on LA’s Go Country 105. Hear him each Saturday and Sunday from 9:00A – 2:00P PST and fans who are not in LA can catch-up via the show’s weekly podcast, “Behind the Song.” Recent guests include Lainey Wilson, Brantley Gilbert, Riley Green, Tenille Arts, Scott McCreery and more.