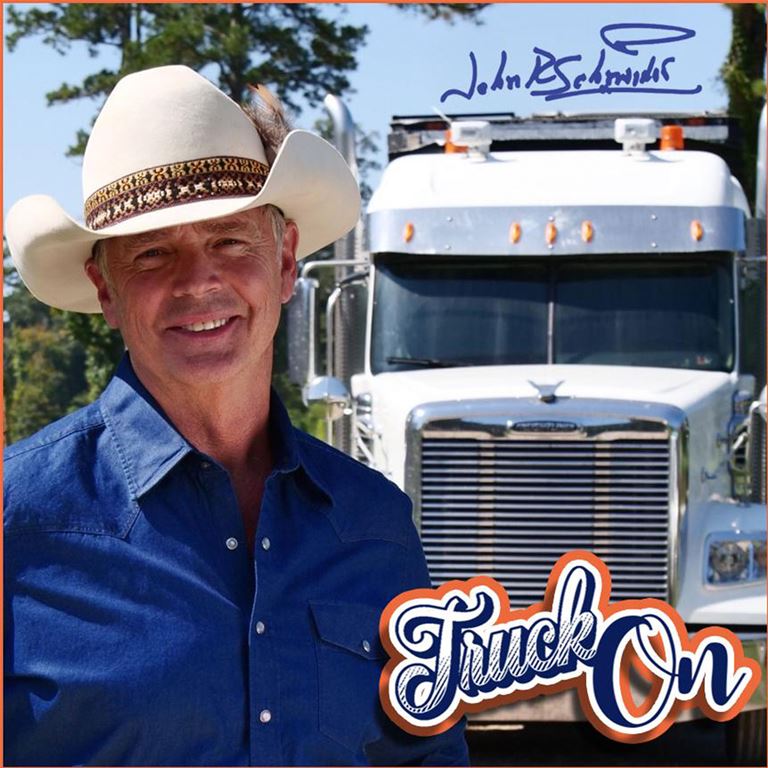 From iconic car chases through Hazzard County as Bo Duke to traveling across the country as a touring musician, acclaimed actor and musician John Schneider has spent years on the road, and now with the title track to his new album, Schneider is saluting the American truck driver in “Truck On.”

The album is available for pre-order and will be released April 2 through BFD/Audium Nashville and Maven Entertainment. The single and album will benefit St. Christopher Truckers Relief Fund, a 501(c)3 nonprofit organization that helps over-the-road/regional semi-truck drivers and their families.

Taste of Country exclusively premiered the album’s title track, co-written by Schneider and Keith Burns, which drives home the central message of the entire project, trucking on. Schneider created the project to tip his hat to all those highway heroes explaining, “If it weren’t for our truck drivers during this last year or so, we wouldn’t have been able to survive. As songs like ‘Convoy’ and ‘Six Days on the Road’ and many of the great trucking songs of the 70’s, it’s about time we wave their flag and say thank you.”

The video for “Truck On” premiered exclusively on People.com and features scenes from Schneider’s most recent acting venture “Stand On It,” an action-comedy movie made in tribute to the 1977 classic, “Smokey and The Bandit.” The film was produced through Maven Entertainment and was written and directed by Schneider to have the signature tongue-in-cheek charm from both “Smokey and The Bandit” and “Dukes of Hazzard.” The video even features a car chase reminiscent of his countless races through the infamous Hazzard County during his Bo Duke days.

St. Christopher Truckers Relief Fund is a 501(c)3 nonprofit organization that helps over-the-road/regional semi-truck drivers and their families who are out of work due to a recent illness or injury. Assistance may be in the form of direct payment to providers for household living expenses such as, rent/mortgage, utilities, vehicle payments, and insurance. The SCF also provides health and wellness programs such as free vaccines, smoking cessation and diabetes prevention. St. Christopher Truckers Relief Fund has assisted more than 3,000 drivers with more than 3 million dollars. For more information, visit TruckersFund.org.