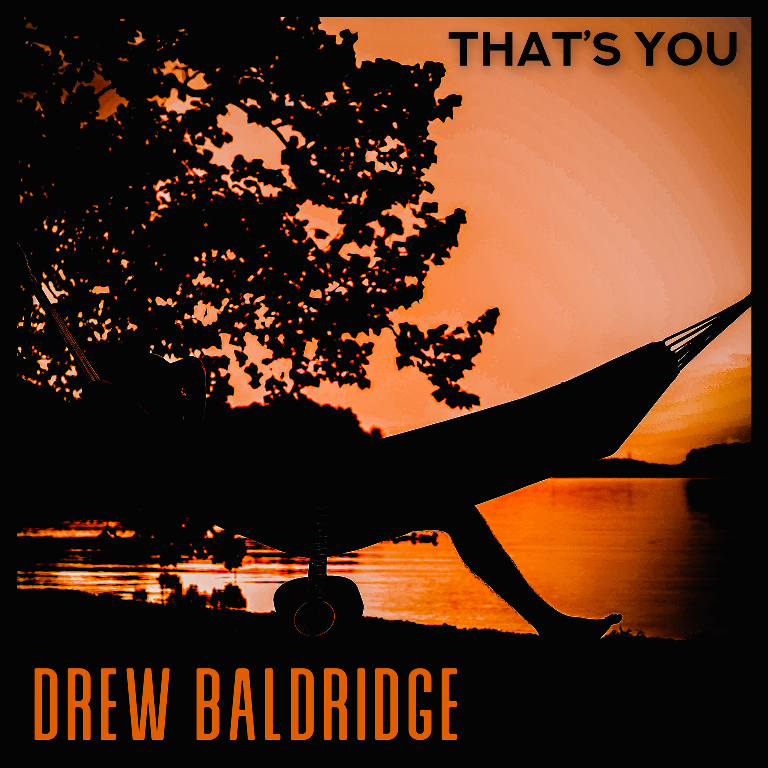 Rising country singer/songwriter Drew Baldridge releases his newest single, “That’s You” (Patoka Sounds Records), to streaming platforms and digital retailers today. Inspired by his fiancée Katie, “That’s You” is reflective of a different side of Baldridge – one who is ready to settle down and prefers wedding planning to almost anything else. Listen to “That’s You” here – https://linktr.ee/drewbaldridge.

“We got engaged in March of last year just as the pandemic really hit,” said Baldridge. “Though I have been songwriting and doing some socially-distant shows, I have honestly enjoyed staying home with Katie and planning for our big day. I never thought I would be excited to pick out cups and plates, but it has been fun to spend this time together and get ready for the best day of our lives.”

Written by Baldridge alongside Trannie Anderson (Gabby Barrett) and producer Jason Massey (Kelsea Ballerini), “That’s You” initially found life on social media. Like several of Baldridge’s previous releases, “That’s You” blew up organically from fan engagement. With over 4 million views on Tiktok and Instagram within a few days of posting, they knew they had a hit on their hands and Baldridge immediately took to the studio to record the tune.

In advance of the song’s release, Baldridge also answered questions about “That’s You” for his fans.

Talk about the idea for your new single “That’s You.”
“I had that melody for that chorus in my head for a long time and just kept singing ‘That’s You’ at the end of it. I didn’t know what it meant until I got with Trannie and she brought the idea to life! Then we just started writing the song about my fiancée. I had no intentions of recording the song quickly until I put it up on TikTok and it got such an awesome response – it got almost 2 million views in a couple of days. Then I put it up on Instagram and it got another 2 million views. We decided to get in the studio and record this song as fast as we could.”

How was writing with Trannie and Jason? Have you written together before?
“I’ve written a couple songs with Trannie and I knew this melody would be the perfect thing to bring to her! And me and Massey have written a lot together. We went out with LoCash boys on tour a couple times last year and wrote for their record. It was fun to sit down with him and write a song for myself!”

You are getting married soon. Are you feeling more sentimental in your songwriting overall? And have you been writing a lot over the past year?
“I’m getting married in May so it’s going to be here before we know it. I think It’s definitely helped my songwriting a lot. Every life change you go through helps you grow as a person and that in turn helps you grow as a songwriter. I have even written a lot more with my friends in the last year and I feel like that has added different perspectives…just being with people I trust the most.”

Talk about your Baldridge and Bonfire shows.
“In October 2020, I decided I was going to post on my socials and see if anyone wanted me to play in their backyard! Before I knew it, I had 29 shows booked in 42 days. We went all over the country from California to New York playing in people’s backyards. It was one of the coolest tours I’ve ever done. I got the chance to meet my fans and play an intimate show that they couldn’t get anywhere else but their own house.”

What are you looking forward to in 2021?
“I’m actually going out on a spring Backyards and Baldridge tour starting in March and will run until June. We already have about 35 shows booked for it! My goal this year is to put out more new music more than I ever have. So be on the lookout for more new music within the next couple of months! I’m also really excited about my new radio show that I’m hosting every weekend from 9A till 2P PST on Go Country 105 in LA. This is my first time ever having my own radio show so I’m looking to grow that into something really special.”

“That’s You” follows the release of Baldridge’s 2020 virial sensation “Senior Year.” Written by Baldridge alongside Tim Nichols (Hall of Fame songwriter) and Jordan Walker (Luke Combs), “Senior Year’s” organic fan discovery landed the song on both Billboard and Mediabase Country charts with no major label support. It became the anthem for students who were missing out on all of the traditions that come with graduating high school due to the Covid pandemic. Featured in Forbes.com, Baldridge was one of the only artists across all genres who found a safe way to tour last year and was able to “spread some light to high school graduates.”