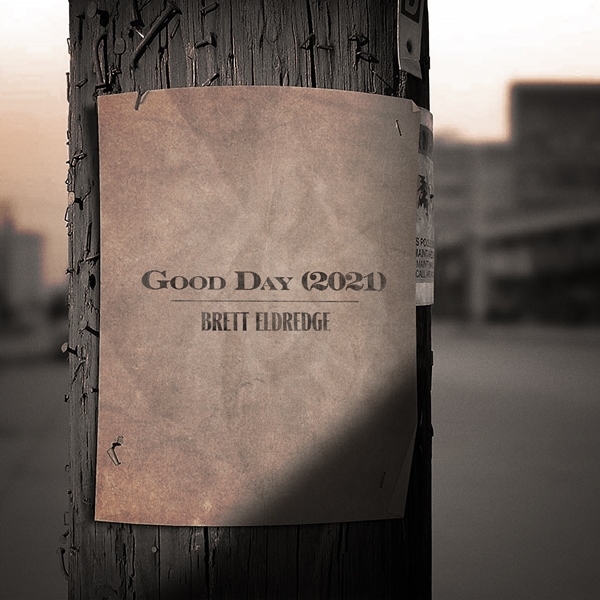 Brett Eldredge is set to impact country radio with his inspiring single “Good Day” on Monday, March 1st. Written by Eldredge alongside Daniel Tashian and Ian Fitchuk, “Good Day” walks listeners through the powerful process of positive thinking, with Eldredge confident “it’s gonna be a good day” even when its “42, cold and rainy.”
The track is featured on his fifth studio album, Sunday Drive, which was named to Best Of 2020 year-end lists by Rolling Stone, Esquire, Nashville Scene and more.

“In our society everybody feels like we need to put on that perfect outer look. I got so tired of that. I didn’t want to do it anymore,” he explained. “This song says, you know, have the self-awareness… of being like, ‘I’m gonna make this a good day no matter what is thrown at me. I’ve been somebody who’s kind of scared of vulnerability a little bit, but I’ve started to realize that opening up and telling someone your thoughts and what’s going on in your world and having them help you find ways to cope with it is a big deal.”

Eldredge spoke with Good Morning America about the song’s optimistic message, which the Chicago Sun-Times describes as “finding the passion in the everyday” (WATCH HERE), how therapy has changed his life and the mental health practice of manifesting outcomes through visualization that has been an important part of Eldredge’s journey over the past few years (WATCH HERE).

Produced by GRAMMY-winning producers Daniel Tashian and Ian Fitchuk, Sunday Drive debuted as the top-selling country album week of release and marked the Warner Music Nashville recording artist’s fifth Top 5 on the Top Country Albums chart. The Tennessean called it “a creative rebirth for one of modern country’s most soulful vocalists” with People describing the album as “bounding anthems and expansive ballads not meant for indoor listening.” Named “his most compelling set yet, full of musical diversity and heart” by Billboard, Eldredge has performed several Sunday Drive tracks on multiple national TV broadcasts including Good Morning America, Live with Kelly and Ryan, Late Night with Stephen Colbert and more.