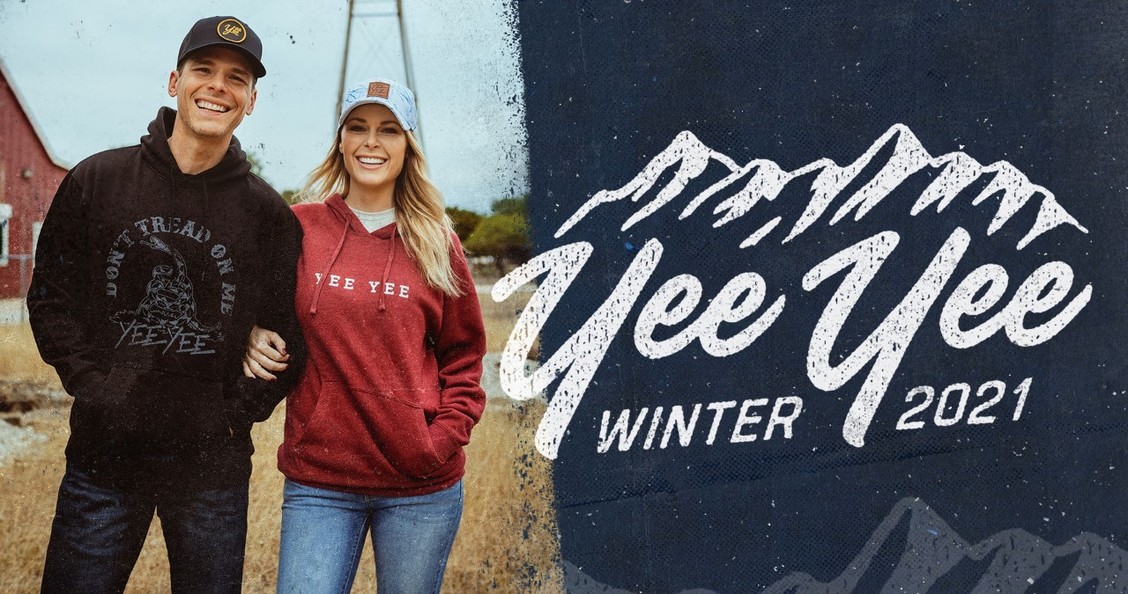 Country music’s Granger Smith has been teasing the latest new items from his popular apparel line, Yee Yee Apparel, via social media to promote the Winter launch. The collection is now available with plenty of new items that include notable products like a dual arc lighter that operates by electric current and a custom Yee Yee belt buckle.

Smith’s generous spirit keeps him grounded and wanting to give back. He runs the company with his two brothers, Tyler and Parker, and their hearts for philanthropy have resulted in over $250,000 in donations to charities they feel passionate about. A bright spot in a down time, Yee Yee is a brand consumers can feel good about buying.

“It’s been a really hard year and so many businesses and charitable organizations are struggling because of the pandemic. So, being able to give back continues to be paramount to the Yee Yee mission.”

For the Winter launch, a portion of proceeds from each sale will benefit Release Recovery Foundation, a sober living and transitional living program founded by Zac Clark, the man who won the heart of “The Bachelorette’s” Tayshia Adams. Granger’s brother, longtime manager and co-founder of Yee Yee Apparel, Tyler Smith, was featured on the show alongside Zac and the two became fast friends. “The minute I met Zac, we connected,” said Tyler. “I could see his heart. He’s a great human. After learning a little about Zac’s story, where he came from, how he overcame certain struggles and now being in the position he is to help so many others I knew I wanted to do anything we could as a company to help further his mission. I’m blessed to know him and grateful for the opportunity to give back in a small way that will enable him and his company to continue to help so many in need.”

Zac commented, “No words to describe the gratitude. Big thanks to @tylersmith11,” via Instagram.

For five years, the Smith brothers (Granger, Tyler and Parker) have meticulously built a sustainable lifestyle brand that caters to the Heartland. Stemming from the notorious catchphrase, “YEE YEE,” from singer/songwriter Granger Smith’s country boy alter-ego, Earl Dibbles Jr., the brand has become a symbol for all those who cherish hard work, American values, God, Country, family, and our flag. Through the closeknit relationship Granger has built with his fanbase and by listening carefully to them, the brothers have exponentially grown Yee Yee Apparel.

Parker Smith, CEO of Yee Yee Apparel says, “Working with my brothers is such a rewarding experience. We feel a lot of responsibility with the Yee Yee brand because it is quite literally our family’s reputation on the line. I think that’s what has helped it grow so quickly. We know that every single product we release is a direct reflection of us and the standard we hold ourselves too. We realized quickly that we have a real opportunity to do some good in the world through donations. I think that’s what it’s all about. To leave the world just a tiny bit better than the way we found it.”