With a sound that recalls Country music’s acid washed and Aqua Netted golden era, the ’90s influenced band Hot Country Knights has finally revealed more details about their debut album THE K IS SILENT (Capitol Records Nashville), available May 1st. Produced by Dierks Bentley, the multi-Platinum entertainer also serves as a co-writer on over half of the 10 brawny tracks and serves up one of the most musically satisfying debut albums since 1999. THE K IS SILENT is now available for pre-order at all digital retailers here.

“We were out on the road singing a lot of other people’s hits, and we called them Greatest Hits because by us singing them, it actually made them great,” Doug Douglason explains. “But this is a step beyond our Greatest Hits. This is all original material, and it’s the best stuff to come out of Nashville from a man band in several decades.”

“Country music is about to get a major shake-up with the Hot Country Knights” (Billboard) as THE K IS SILENT features standout cuts like “Then It Rained” recalling the epic, weather-related smashes of the past while “Mull It Over” weaves romantic regret around an unintentional tribute to the band’s hair style of choice. “Wrangler Danger” stands as a feel-good tribute to honky tonk Heather Locklears, and “The USA Begins With Us” works as a showcase for the band’s expertly-choreographed live act – along with a blast of good-old-fashioned patriotism. However, it might be “You Make It Hard” (feat. Terri Clark) which best represents the band’s High-T philosophy. With soft-focus sonics and a vocal blend dripping in desire, it simply erupts with passion like a waterbed in the night. 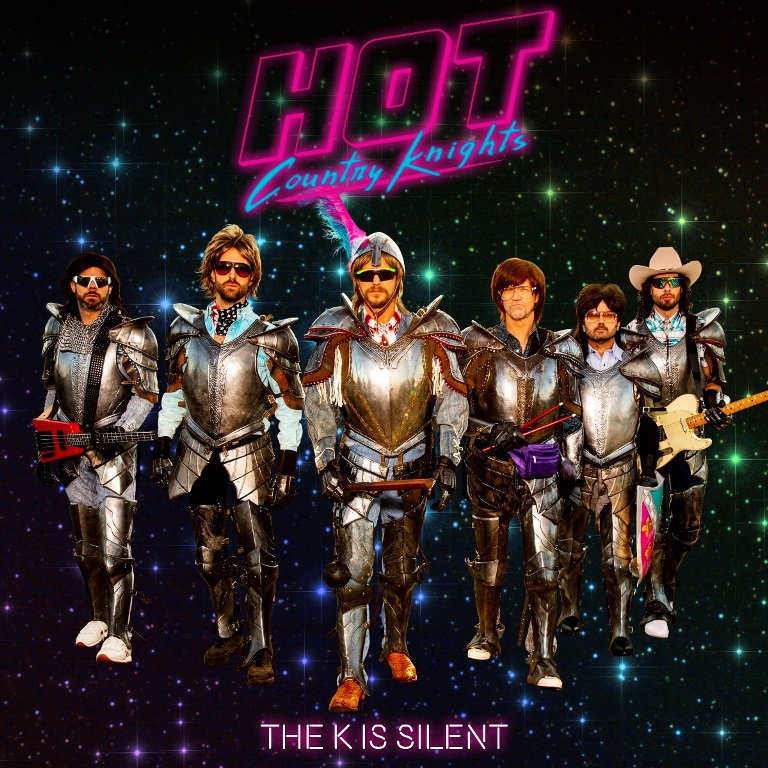 The Knights will embark on the 2020 ONE KNIGHT STAND TOUR when it launches April 7 in San Diego, CA, and it includes major market stops at iconic venues such as Los Angeles’ Wiltern Theater, Nashville’s historic Ryman Auditorium and what is sure to be an unforgettable night at the Talladega Superspeedway. Tickets are on sale now as they have enlisted support from some of Country music’s most buzzed about new artists with Hannah Dasher, Tenille Townes, Rachel Wammack and Lainey Wilson splitting the dates.

For more information on each date, visit www.hotcountryknights.com.