“This year so far, I’ve mostly played shows as the opening act. While I love that, and appreciate everyone who’s made that possible, I’m ready to get into rooms where I know the energy will all be directed towards our music and our production,” shares Wallen. “It’s been a while since I’ve gotten to headline, so I can’t wait to see some of the same faces I’ve gotten to know from before and get to know a bunch of new ones. I know it’s going to be the best one yet. Jon is one of my good buddies and has his own star rising, so I’m super pumped he accepted the offer to come out. Ashland is a new talent, one that most aren’t familiar with yet, but that will change soon. So I ask y’all to show up early and show both of them love. You won’t be disappointed.”

Set to kick off January 2 in Grand Rapids, MI, and roll through May 1 in Denver, CO, the coast-to-coast run will feature special guests Jon Langston and Ashland Craft, stopping in 19 cities nationwide. 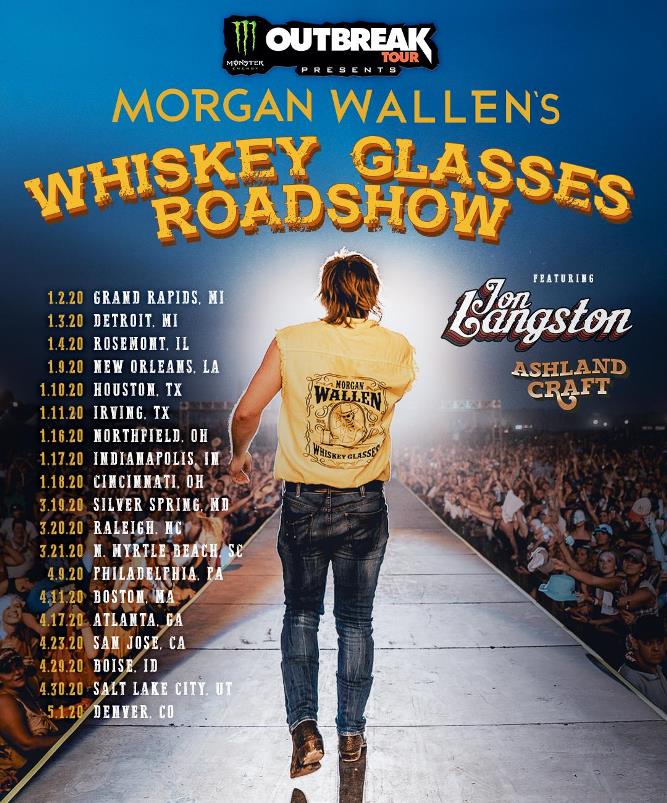