Equal parts celebration and reflection, Justin Moore’s new album LATE NIGHTS AND LONGNECKS — due April 26 via The Valory Music Co. — is a showcase for Moore’s evocative storytelling and unforgettable voice, complemented by an all-star band featuring GRAMMY and CMA Award-winning guitar icon Brent Mason, ACM-winning pedal steel hero Paul Franklin among others. Tipping its cap to Alan Jackson and George Strait, the record is Moore’s most traditional-sounding collection to date, a no-frills portrait of small-town life and big-time dreams that’s not afraid to let its hair down and party at the end of a hard day’s work.

“I’ve never worked with those guys [Mason and Franklin] before, but they’ve played on some of my favorite albums of all time,” says Moore. “We thought it would be really cool to bring them in and record the whole thing at The Castle, this historic studio just south of Nashville where a lot of those legendary hit records were made.”

Throughout his career, Moore has remained devoted to the simple things in life, treasuring his relationship with his wife and four kids and even taking time out from his relentless tour schedule to coach their basketball and softball teams. An Arkansas native, Moore grew up idolizing country legends like Dwight Yoakam and Keith Whitley and it was those pillars of his life — home, family, tradition — that he found himself compelled to return to with LATE NIGHTS AND LONGNECKS.

With that in mind, Moore headed back to the beach where it all began, and this time, he invited some of his favorite Nashville collaborators to join him. Collaborating alongside longtime producer Jeremy Stover and Big Machine Label Group President/CEO Scott Borchetta, the resulting tracks exude the same blend of laidback cool and incisive intuition that marked the writing sessions, mixing playful tales of small-town joy and family pride with more introspective musings on broken hearts and hard times. Raucous album opener “Why We Drink” kicks things off with a wry smile, as Moore rattles off a seemingly endless list of justifications for cracking open a cold one.

Alcohol is a constant companion on the record, but Moore paints a complex picture of his characters’ relationship with it. Sometimes it’s medication (“Never Gonna Drink Again”); sometimes it’s escape (“Airport Bar”); sometimes it’s a memory you’d rather forget (“Jesus and Jack Daniels”).

It’s not all journeys to the bottom of the bottle, though. The tender “That’s My Boy” explores the timeless bond a father shares with his son, while the driving “Small Town Street Cred” celebrates the uncomplicated joys of rural living, and the emotional “The Ones That Didn’t Make It Back Home” honors the soldiers, nurses, first responders, and teachers who’ve made the ultimate sacrifice in order to help make the world a better place for the rest of us.

The desire for comfort and connection is what LATE NIGHTS AND LONGNECKS is all about. Some characters find it at the bar, some find it at home, some don’t find it at all, but at the end of the day, they all share the search in common, asking the big questions and facing down the future in the process. For Moore, moving forward meant going back to where it all began.

LATE NIGHTS AND LONGNECKS is available everywhere April 26. In the meantime, Moore will headline arenas and amphitheaters across the US, and an extensive 2019 Fall tour will be announced in the coming weeks. For album purchase and tour dates, visit JustinMooreMusic.com. 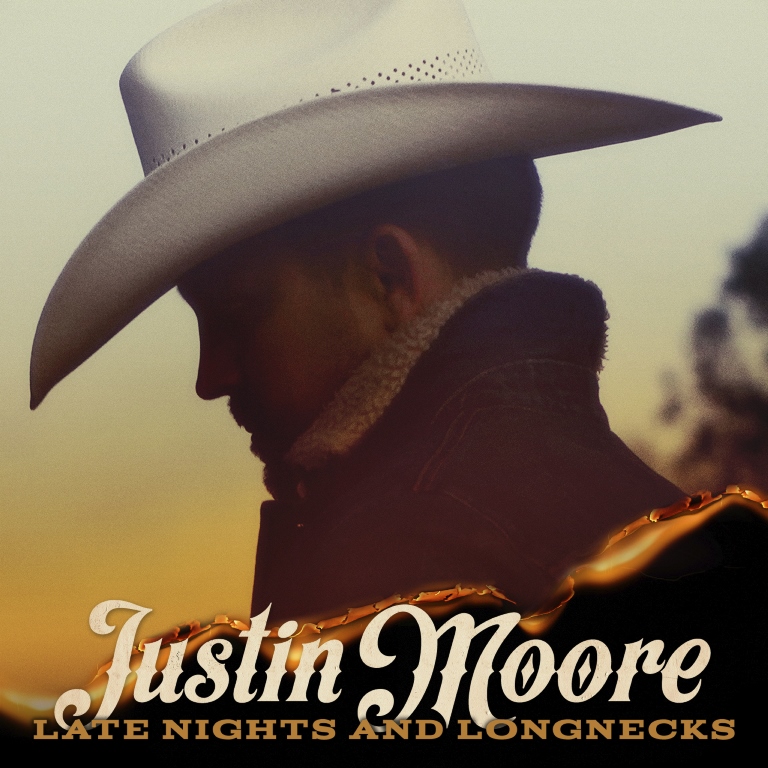