Stoney Creek Records’ platinum-selling band, Parmalee announced, “Down Town (Hurricane Florence Relief Song),” a brand-new track inspired by the devastation caused by Hurricane Florence in North and South Carolina. The band’s own Matt Thomas, moved by the destruction the deadly storm left in its wake and the resilience shown by the citizens of the Carolinas, penned the song in tribute to the Country quartet’s home state. Proceeds from the recording will be donated to Hurricane Florence victims through the Red Cross.

Fans can bear witness to the enormous impact of the storm in the video that Parmalee created to accompany the song. Local news channels sent footage from the wreckage to Parmalee for the video and to support the band’s fundraising efforts. Watch the touching video here.

“It was heartbreaking to see all of the pictures and videos people back home shared of the damage caused by the storm. This is where we’re from—these are our brothers and sisters. We played some of our first shows in these towns. These people have supported us for so long, we knew we wanted to help and support them in return,” said Matt Thomas. “Hearing the stories of how everybody banded together and looked out for each other, as they always do, was really inspiring and reminded me why I’m proud of where I came from, which is what this song is all about.”

With their band name plucked from their hometown of Parmele, N.C., an album called 27861 (Parmele’s zip code) and their breakout single titled “Carolina,” it’s clear Parmalee has deep ties to the Tarheel State and carries their tiny town upbringings with them every step of their journey. Their hometown pride (while also tattooed on each of their arms) is showcased throughout the new song noting the small-town way of life in which the foursome was raised.

Fans can witness some of the loss and devastation in the video that accompanies the song. Local news channels sent footage from the wreckage to Parmalee for use in support of “Down Town” and the band’s fundraising efforts.

With lyrics like, “we’ve all weathered our fair share of storms, ain’t nothing we ain’t seen before, we get hit get knocked down, get back up for another round ‘round here. This ain’t no going down town, when trouble comes around town,” “Down Town (Hurricane Florence Relief Song),” celebrates the grit, resilience and heart of North and South Carolina. 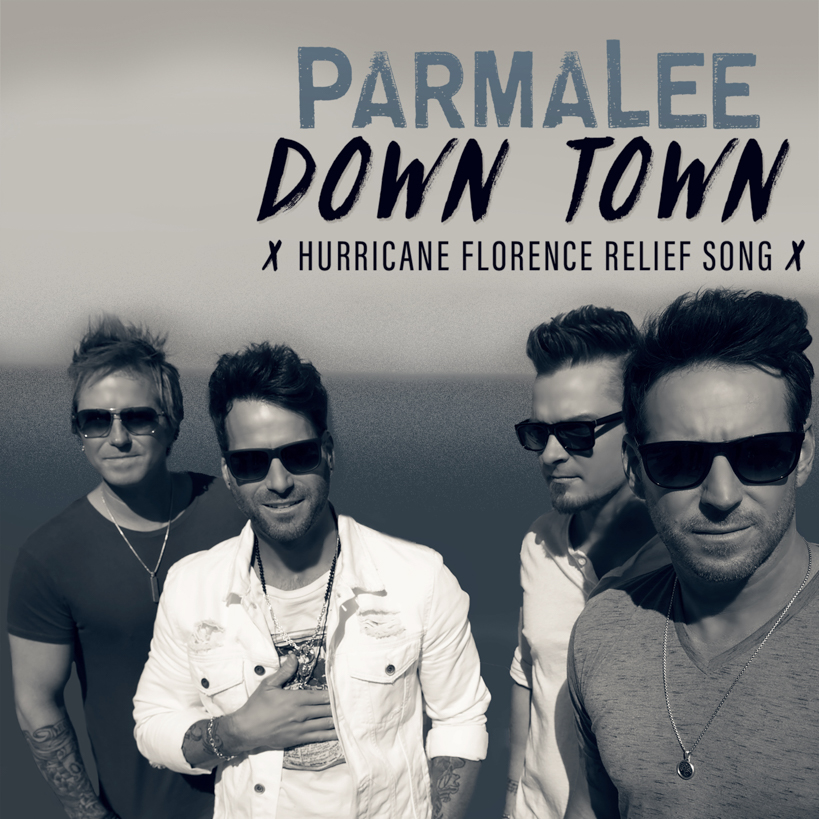