One of country music’s most tender and articulate wordsmiths” (Tennessean) Devin Dawson announced via social media that his debut album Dark Horse will be available everywhere January 19 via Atlantic Records / Warner Music Nashville. American Songwriter also shared an exclusive acoustic video of Dawson performing the personal and vulnerable title track, noting the way it “shows off the classic country vocals and acoustic guitar prowess he has come to be known and loved for.”

Co-written by Dawson and Andy Albert, “Dark Horse” is one of four songs available as in instant download for fans who pre-order the album here.

“I’m beyond excited to FINALLY share the release date for my debut album,” said Dawson. “And when it came time to choose a title, nobody talked about other options – we knew immediately it should share the same name as ‘Dark Horse.’ Despite being written after the album was ‘finished,’ I felt it was absolutely necessary to include this song. ‘Dark House’ captures every corner of my heart, everything I am and everything I believe in.”

With a co-write credit on every track, Dark Horse further establishes Dawson as a standout singer/songwriter and storyteller and his talent has not gone unnoticed. He was recently hailed as “The Nashville Idol” by People Magazine, currently featuring him as the only male recording artist on their Ones to Watch list.

Earlier this year, Rolling Stone tapped Dawson as a New Country Artist You Need To Know declaring him “the complete package.” He was included as one of five new artists Breaking Big in Country by Entertainment Weekly and HITS Magazine predicts that he’s one of three Ones to Watch in Nashville.

Dawson was also recently honored by his alma mater Belmont University during the 10-year anniversary celebration of their pioneering songwriting major. Warner Music Nashville presented an endowed $25,000 scholarship in Dawson’s name and the university matched the contribution, creating a $50,000 endowed scholarship.

Having already toured with Tim McGraw and Faith Hill, Maren Morris and Dan + Shay this year, the California native is on the road now bringing his “stare inducing stage presence” (ELLE) to label-mate Michael Ray’s “Get To You” tour. The iHeartRadio “On The Verge” artist is rapidly approaching Top 20 at country radio with his debut single “All On Me,” which he performed earlier this year on Late Night with Seth Meyers, tallying over 30 million on-demand streams to date. 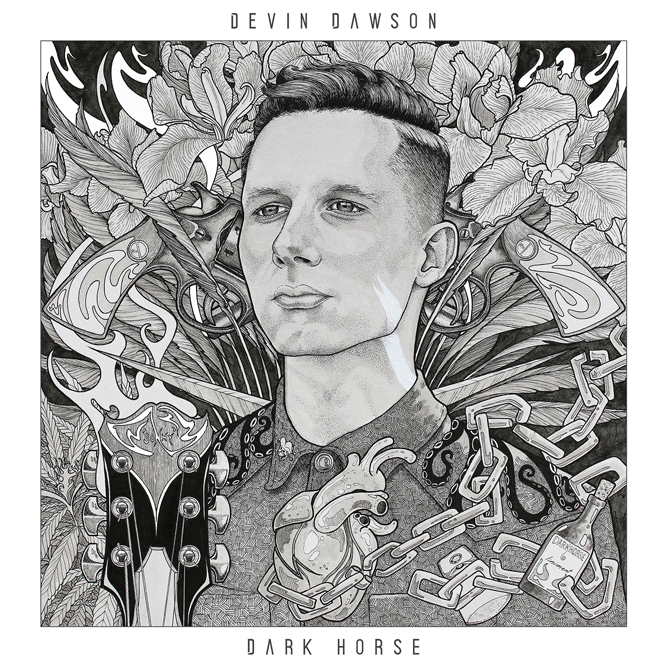