Country sweetheart and Black River Entertainment artist Kelsea Ballerini has been counting down the days to the release of her new single, “Legends,” the first taste of her highly anticipated second album. Delivered to Country radio this morning (6/7), “Legends” is available today on all digital streaming and sales platforms. 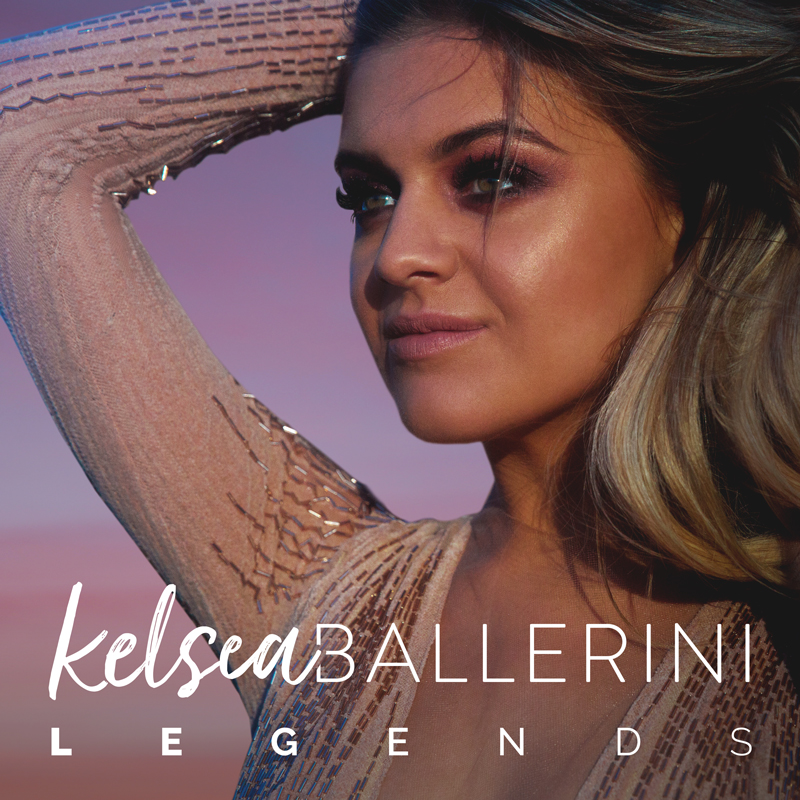 A heart-melting anthem of storybook love, “Legends” is Ballerini’s tale of a “crazy, tragic, epic” romance that will go down in history and live on forever in her heart. Feeling like a spiritual successor to the fantasy-themed PLATINUM-certified #1, “Peter Pan,” the track begins with a delicate piano and vocal before swelling to truly inspirational scale.

“’Legends’ is one of the first songs I wrote for the record and every time I’ve listened to it, I find a different meaning,” Ballerini shares. “It brings me back to the heartbreak I wrote it from, it makes me think of my fans and the journey we’ve shared, and now I sing it from the perspective of a legendary love story. I hope everyone hears something in it that brings them to a place of nostalgia and is as excited as I am to begin this next chapter together.”

Produced by Forest Glen Whitehead and Jason Massey, “Legends” was co-written by Ballerini with Whitehead and Hillary Lindsey. Ballerini expressed her excitement over the track by personally sharing the stylish cover art across her social media platforms Tuesday night (6/6). With eyes fixed ahead, she stands poised with bold confidence and easy elegance as her own legend unfolds, also giving fans a peek at the fashionable tastemaker’s fresh look.

Later on today (6/7), Ballerini will give her new single a massive TV debut, performing the track live for the first time at the 2017 CMT MUSIC AWARDS. She heads into the night tied for the lead with four nominations, sharing the honor with Keith Urban and Thomas Rhett. The 2017 CMT MUSIC AWARDS air live from Nashville at 8 p.m. ET.

“Legends” is just the beginning of Ballerini’s second chapter, the long-awaited follow up to her historic debut album, THE FIRST TIME. The GOLD-certified, TOP 5 album’s first three singles (the PLATINUM-certified “Love Me Like You Mean It” and “Peter Pan,” and GOLD-certified “Dibs”) all went to #1 on the Billboard Country Airplay chart, a never-before achieved feat by a female artist in Country music. The album’s fourth single – the fun and flirty GOLD-certified “Yeah Boy” – reached #3 at Country radio.

Meanwhile, Ballerini is currently connecting with enormous concert audiences as the featured supporting artist on Lady Antebellum’s YOU LOOK GOOD WORLD TOUR. She’ll perform in amphitheaters, arenas and on huge festival stages all summer, then visit fans in the U.K., Ireland and Europe in October.