MULTI-PLATINUM-selling and chart-topping Eli Young Band will release of FINGERPRINTS June 16, marking their first album on The Valory Music Co.  Teasing tracks all week, they officially announced the new music on socials. Watch here. The 11-song collection will be available for digital pre-order Friday, April 28 as select tracks are offered leading up to the summer release beginning with the infectious fan-favorite “Saltwater Gospel.” More details available at http://smarturl.it/EYBFingerprints.

Recorded in Nashville with co-producers Ross Copperman and Jeremy Stover, members of the band infused their personal experiences into eight of the songs they co-wrote on the album. Lead singer Mike Eli crafted lyrics evoking his bond with wife Kacey on their current single “Skin & Bones,” reflecting, “We’ve become so intertwined it’s hard to say where I end and she begins. I’ve noticed certain things that I do and I am, simply because of her.” The song is in heavy rotation on SiriusXM’s The Highway and has been met with a tremendous response from the fans.

FINGERPRINTS is a return to form for the band as rocking guitars, edgy attitude and driving rhythm quickens the heart rate and propels the listener forward through a musical journey. Guitarist James Young said, “We started out as college friends united through music and while we’ve grown into much more, this album really is a return to where we came from.”

While their music has evolved over the years, longtime fans will hear familiar sounds on FINGERPRINTS that signal a return to their sonic roots. “In the past, we’ve enjoyed experimenting in the studio, like we did on the EP,” explained drummer Chris Thompson. Bass player Jon Jones added, “With this album, we made a concerted effort to take our cues from our fans. We’ve really paid attention to which songs they respond to during the live shows, whether they were the singles, or deep album cuts. We wanted to go into the studio with sounds that have resonated the most with the fans.”

With a sizable touring fan base that continues to grow year after year,  Eli Young Band has plenty of opportunity to try out new songs on audiences nationwide while gauging fan reaction. This approach to selecting and writing songs has allowed their loyal following to leave their FINGERPRINTS all over the album, as they have throughout the band’s career. “We owe everything to our fans,” said Eli. “We get to do what we love every day because of them.”

Album highlights include the instantly familiar, pulsating beat of “Never Again,” the sexy mood created by “God Love The Rain,” and the honest and upbeat closer “The Days I Feel Alone.” 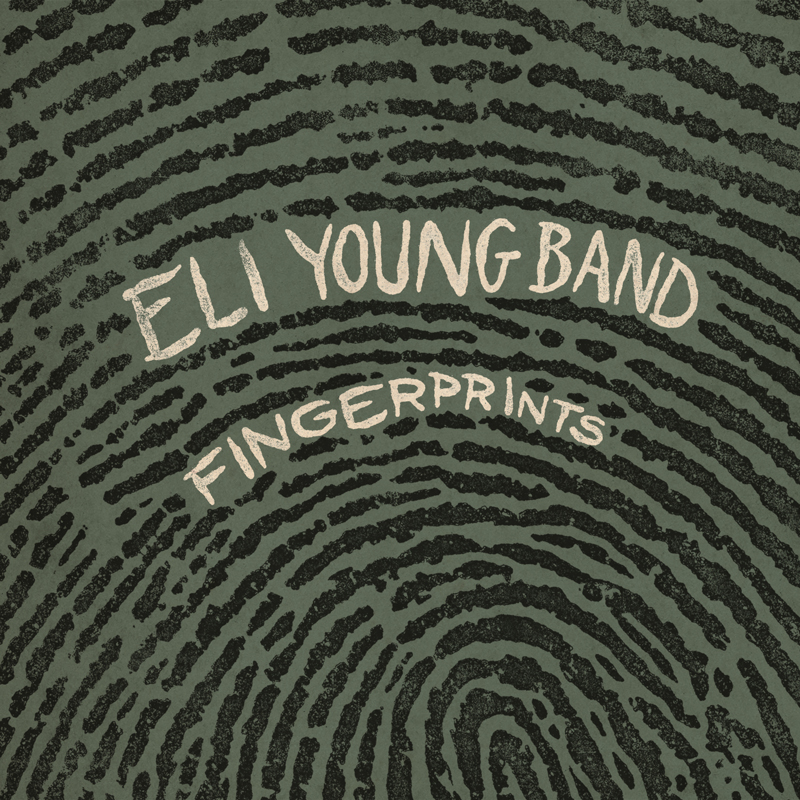