With a new sense of history and possibilities, Lady Antebellum reveals the cover art and track listing behind their sixth studio album HEART BREAK (Capitol Records Nashville), out June 9th. Dave Haywood, Charles Kelley and Hillary Scott had a new mission — setting aside time to put themselves in new surroundings, and concentrate on writing and exploring musical endeavors with no distractions. They rented a house in Florida, living and working under the same roof, and when the creative process proved successful, the trio set up a second retreat in southern California. Fans can now pre-order the ACM-nominated trio’s upcoming release at www.ladyantebellum.com.

“When we started working on this record, the goal was to give ourselves some space from the day to day,” said Scott. “Surrounding ourselves in a new environment with sunny beaches and warm weather really helped free our minds to focus solely on our art. We took some of our favorite writers and other writers we hadn’t worked with before to a new inspiring backdrop, where we were able to just write and soak up the journey. And it was on our first trip in Florida when we wrote ‘Heart Break’ that we felt it all click.”

Alongside producer busbee, their desire to shake things was made evident by their current Top 20 single “You Look Good,” complete with a funky horn arrangement. Elsewhere, HEART BREAK ranges from the sweet melancholy of “Somebody Else’s Heart” to the dramatic, surging ballad “Hurt,” which is a powerful vehicle for Scott’s voice as she soars over a spare rhythm section and classic string arrangement. With the clever extended metaphor of its lyrics and percolating groove, “Army” has a feel that’s a throwback to ‘70s pop, while the bright, breezy lift-off of “Think About You,” with an R&B-style guitar bouncing off of a banjo lick, is entirely of the moment.

“Being together every day, living in a house together, that was the special ingredient this time,” continued Haywood, “And then in the studio, busbee added a whole new layer. He’s such an integral part of this new chapter for us.”

The trio had a hand in writing eleven songs on HEART BREAK, resulting in their most intimate and heartfelt work to date. As Lady A gears up to get back on the road, the group is excited to add this new range of sounds and colors into a set already packed with a familiar arsenal of hits.

“This record is really our story,” adds Kelley. “They have a universal feel to them, but there’s a lot of our personal stories here.” 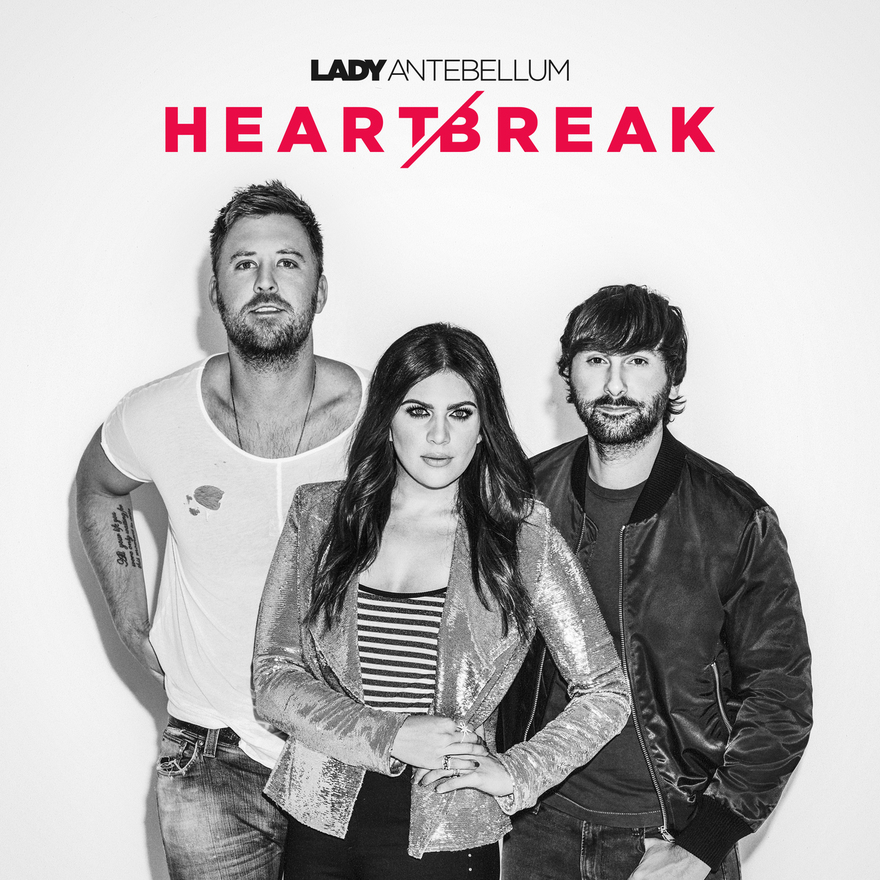