Country singer, songwriter and road warrior Steve Moakler is gearing up for the release of Steel Town, an 11-song collection of tunes he would call “the most personal album I could create.” Its release is timed with his headlining tour, presented by SiriusXM’s “The Highway” and Live Nation. Steel Town will mark Moakler’s fourth studio release, and is available for pre-order, ahead of its Friday, March 17 release. Moakler’s nostalgic, reflective tune “Wheels” is available as an instant gratis track with the pre-order of the album.

“I’m so fired up that ‘The Highway’ is so behind ‘Wheels’,” said Moakler who almost gave up on his dream of recording his own songs to focus on writing for other artists. “I’m still blown away by how their audience responded to our first two singles… I grew up in PA, so Steel Town holds a lot of personal meaning for me. ‘Wheels’ embodies a bit of the nostalgia I’ve felt since moving to Nashville to follow this dream, so to now see powerhouses like SiriusXM and Spotify behind the new music the day it’s released is a surreal feeling.”

Moakler, who Rolling Stone revered for his “knack for penning literate tunes with blue-collar sensibilities [that] contain a simply conveyed, thought-provoking message,” has found previous success as a songwriter, penning hit singles for Dierks Bentley, Jake Owen and more.

The “in-demand artist” (Taste of Country) has landed on more than 20 “artist to watch” lists including CMT, Huffington Post, Nashville Lifestyles, Rolling Stone Country and more. For more information about his upcoming album and tour, visit stevemoakler.com. 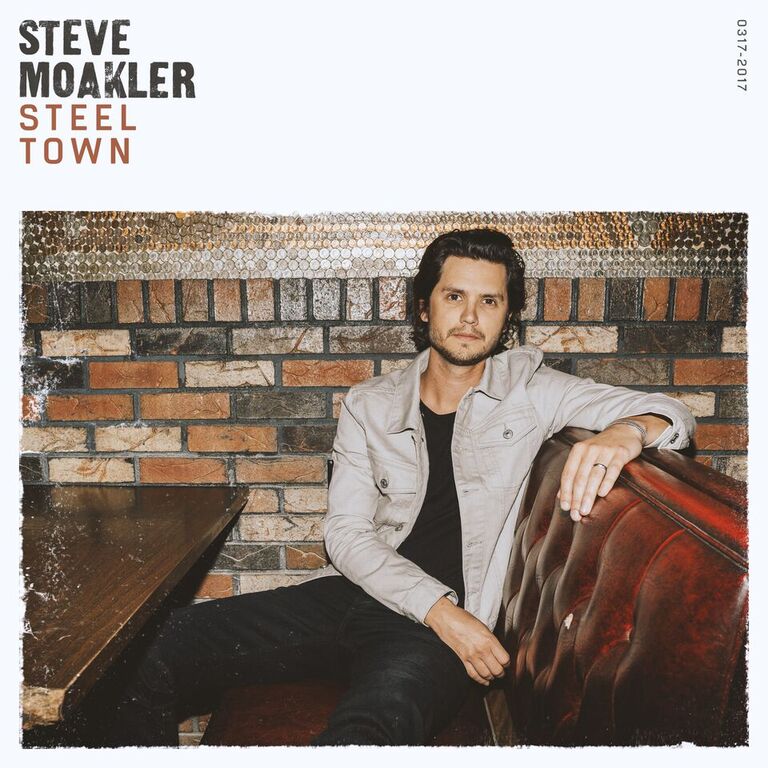