Country superstar Jason Aldean can’t stay away from the road for long. It’s a good thing too because 2017 just wouldn’t be the same without an Aldean concert (or two…). The singer/songwriter announced today that he will be heading out on his 2017 They Don’t Know Tour, named after his latest studio album, which is set to launch on April 27 in Ohio. Joining Jason out on tour will be Chris Young and Kane Brown, along with special guest Dee Jay Silver.

After wrapping up two massive tours in 2016, We Were Here Tour and Six String Circus Tour, Aldean recharged for several weeks over the holiday season. Since then, the desire to return to the road quickly came back to the country mega-star.

“It only takes a couple weeks off the road before I get that itch, and I’m already feeling it,” said Aldean. “We’re going to spend some time switching the production up to be bigger and louder than anything we’ve ever done. It’ll be cool to have Chris back out with us and Kane is the right guy to get the fans riled up.”

Tickets will be available beginning January 20 for select cities. For more information and ticket details, please visit JasonAldean.com and/or LiveNation.com. 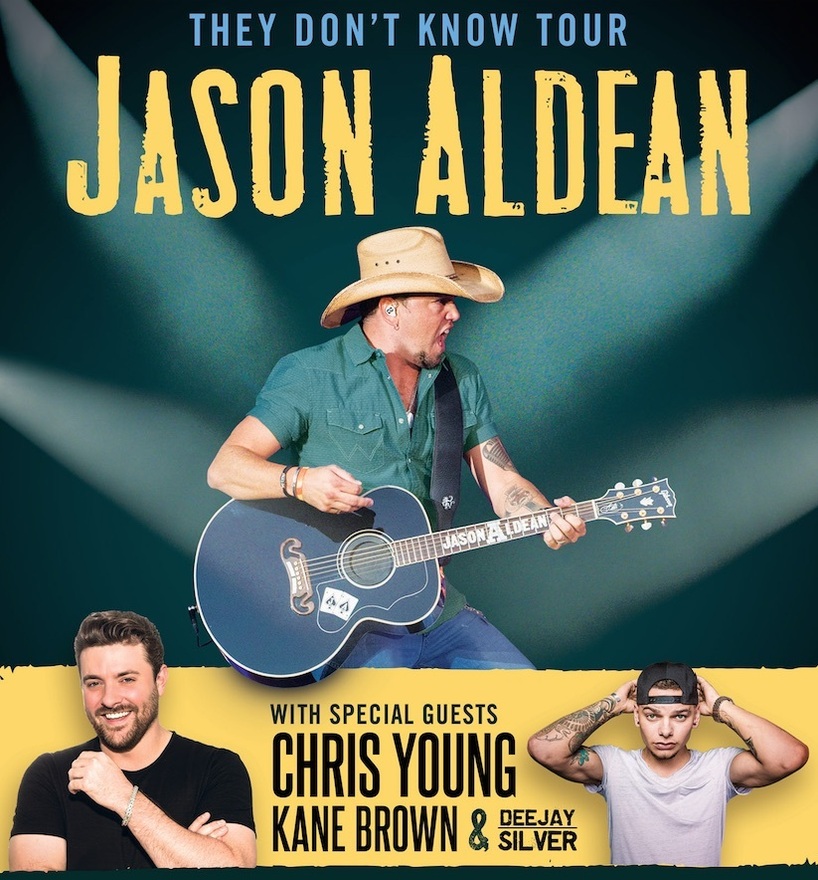