The holiday season is officially upon us and that means it’s that time of year for our annual holiday giveaway! Country Music Rocks is excited to launch its 7th Annual CMR 12 Days of Christmas Giveaway! Over the course of the next twelve days, December 5 – December 16, we will be giving away the gift of music & more, and launching a new contest each day.

Country Music Rocks 12 Days of Christmas Contest – Day #9
♫On the ninth day of Christmas, CMR gave to me – a Vince Gill “Down To My Last Bad Habit” Vinyl Record and Autographed CD !!!♫ 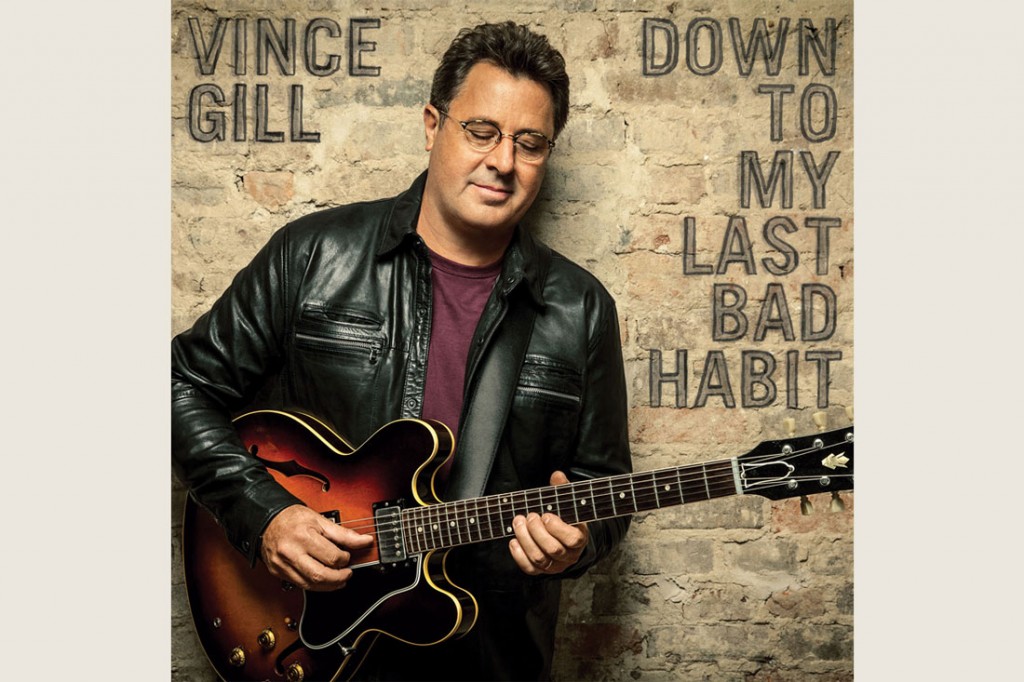 Vince Gill released his new album, Down to My Last Bad Habit, earlier this year. The 12-song record was written/co-written and co-produced by Vince and Justin Niebank. The collection features special guests such as Little Big Town on the Oklahoma native’s new single, “Take Me Down,” as well as newcomer Cam, trumpeter Chris Botti, Charlie Worsham, Ashley Monroe and his two daughters Jenny and Corrina.”

To enter to win a Vince Gill Down To My Last Bad Habit on vinyl record and Autographed CD, simply Like Country Music Rocks and Vince Gill on Facebook, and fill out the entry form below. Winner will be randomly selected and notified after contest closes on 12/20. ONE Entry Per Person. (U.S. Only) Good Luck!!

Give the gift of music this holiday season, pick up Vince Gill’s Down To My Last Bad Habit at a retail store near you, or on iTunes HERE. Gill’s album on vinyl is available on Amazon HERE.