Country superstar Dierks Bentley is beginning to become one with the road. He recently wrapped up the first leg of his summer 2016 Somewhere on a Beach Tour, and is set to embark on a second leg of the tour throughout the fall. His life on the road doesn’t stop there. Today, Dierks announced his 2017 What The Hell World Tour, and will feature rising country favorites Cole Swindell and Jon Pardi.

The What The Hell World Tour is set to launch on January 19 with 23 cities on the calendar so far. To kick-off the tour’s first weekend, Bentley will headline Nashville’s Bridgestone Arena for the very first time on January 21. Not wasting any time, exclusive pre-sale tickets for select tour dates go on sale tomorrow, October 4, for fans at dierks.com, and the public sale is scheduled for Friday, October 7 at dierks.com and livenation.com.

“Coming off the electricity and emotion of two nights at Red Rocks last week, it felt right to just go ahead and announce plans for next year and keep this thing rolling,” shared Bentley. “There’s a song on my album called ‘What The Hell Did I Say’ and it seemed like an appropriate title for a tour with Cole and Pardi. I have a feeling I’ll be asking myself that question the morning after many of our shows and late night hangs because you really don’t know what will happen when the three of us get together. There has been a lot of drunk calls and texts between all of us over the last year trying to make this tour happen, and I’m excited we were able to pull it off.”

People Country initially unveiled the exciting news for the 2017 tour. Check out the exclusive announcement here. 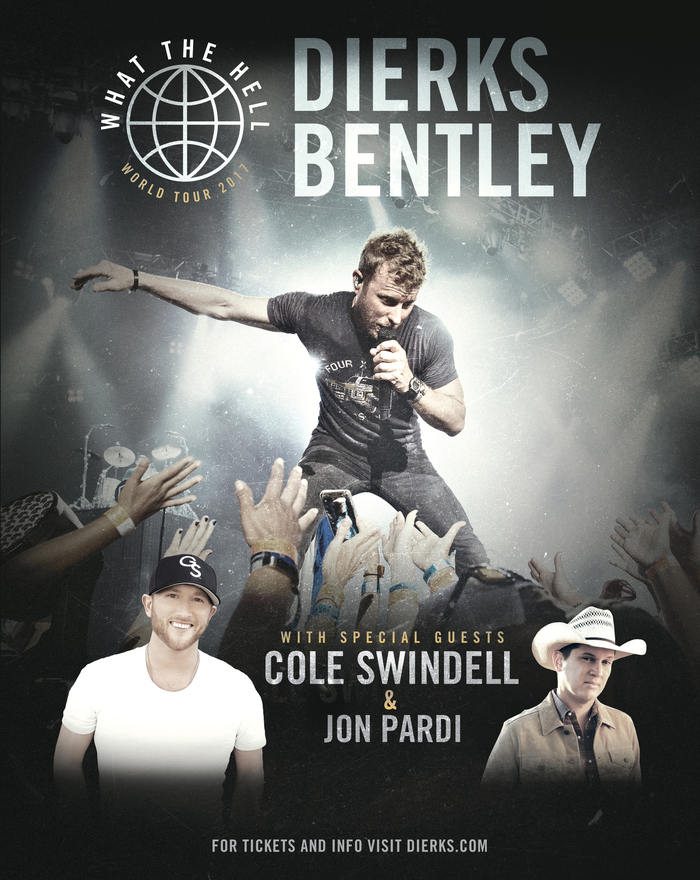