One of Texas top country bands, Josh Abbott Band, have been having a busy summer so far out on the road showcasing their latest album, Front Row Seat. The new album serves as the first full length album from the band since 2012, and is a deeply personal one featuring 16 new tracks.

We caught up with lead singer Josh Abbott to discuss Front Row Seat and so much more. Abbot provides a lot of detail about the new album and what fans can expect with this new collection of music.

CountryMusicRocks (CMR): You released your latest album, Front Row Seat, last fall. For folks that haven’t picked up the album yet, tell us a little about it and give us some background on this collection of music.
Josh Abbott: Front Row Seat is a narrative of love and failure to protect that love. It plays out like a movie or play, with different stages of a relationship unfolding. Love stories are rarely fairytales, and this album portrays a relationship that fails.

CMR: It’s also broken out into 5 Acts, can you explain the meaning behind this?
Josh Abbott:Relationships have different stages of intimacy and development, just like a play moves from act to act. So we paralleled the two and came up with:
Act 1: Exposition-the introduction of characters: young, single, flirtatious
Act 2: Incitation-the plot of the love story begins w/ dating & falling in love
Act 3: Intimacy-not just physical but emotional & spiritual. This act represents marriage or partnership.
Act 4: Dissolution-the sudden & heartbreaking termination of the relationship
Act 5: Denouement-closure. How do these characters begin to move on, forget, and heal? Can they?

CMR: You call this your greatest album ever released. Can you elaborate on that?
Josh Abbott: First, our band has been together for years and in that tenure, we get tighter musically as a group. We’re more comfortable in the studio; we’re better at our instruments. Second, the collection of songs was superior to what we previously have recorded as a whole album. Third, our producer Dwight Baker really found a way to connect with all of us and maximize our potential. Lastly, the thought process behind the shaping of the album as conceptual was more advanced than what we had done before.

CMR: What was one of your favorite moments recording this album?
Josh Abbott: So many. When Caleb was recording his solo for “This Isn’t Easy”, I was sitting there and he was playing the part as if he were living inside the song, so I motioned to him to keep playing into and through the last chorus. It was a completely organic moment and we kept that initial take. Another moment was Preston telling Fralin to put every bit of his body weight into the piano on verse 2 of Amnesia. Those dark tones were perfect for that moment. Another one is Preston and I recording “Anonymity” in one solid take. It was beautiful in its own way. Lastly, crying during the vocals of “Ghosts” was a very real moment for that album.

CMR: You’re currently performing out on tour. Tell us a little about the tour and what can fans expect?
Josh Abbott: A well-balanced mix of our catalog blended with the new album, but with the same passion and energy that has kept them coming back! We are so grateful for all of them. Some of our fans have seen us a dozen times or more yet they still come see us when we’re in town. So humbling.

CMR: With this new album being so personal, does it make it difficult performing some of these songs that have so much personal meaning?
Josh Abbott: “Born To Break Your Heart” and “Anonymity” will get me to tear up if I start to time travel in my head to the yesteryears.

CMR: You have such a large collection of music and so many songs to choose from to put on your set list. What is one song that you can’t image not playing, and that will always be a part of your set list?
Josh Abbott: From our old stuff, I’d say “Oh, Tonight” because of how much that song did for us in such an organic way. God bless Kacey Musgraves for being such a perfect voice for that song.

CMR: Thinking about your songs & lyrics, what is a one line/set of lyrics that really stands out to you from any one of your songs?
Josh Abbott: My favorite song lyrically is “Anonymity”. It’s poetry w/ a guitar, and the last verse still slays me.

CMR: Country Music is consistently growing & evolving, and significantly stands out on its own. What is one thing about this genre that really resonates with you?
Josh Abbott: When it’s done right, the honesty in the lyrics. That will always be what carries the genre. Fads and styles will come and go but words that make you hurt or smile will always resonate. 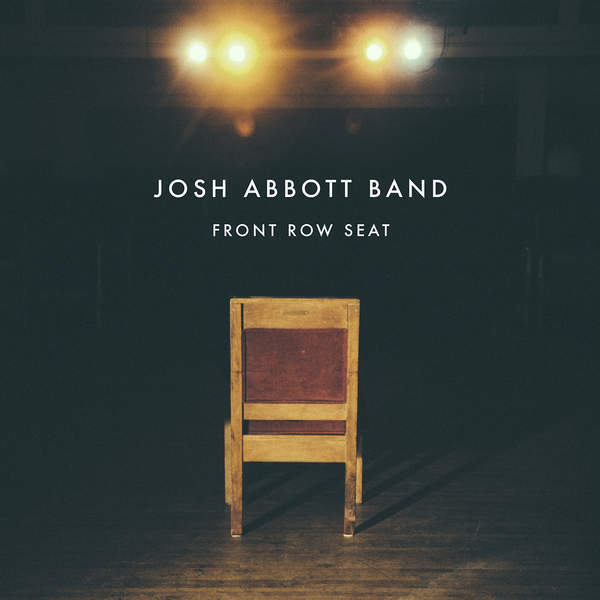 Front Row Seat is available now in retail stores, as well as digital music outlets. Pick up your copy on iTunes here.