Country music superstar Kix Brooks — one-half the best-selling duo in country music history, Brooks & Dunn, with over 30 million albums sold, 23 chart-topping hits and 80 major industry awards — will release his first cookbook, Cookin’ It With Kix: The Art of Celebrating and The Fun of Outdoor Cooking (ISBN# 9780718084868) on August 30 through the W Publishing Group, an imprint of Thomas Nelson. Fans can now pre-order the cookbook at www.kixbrooks.com.

“This cookbook is all about making it easy to be outside creating memories with the people who mean the most to you,” said Brooks. “Whether you are getting ready for a backyard BBQ, planning a menu for Thanksgiving Dinner or want to cook up some fish you just pulled out of a stream, we have recipes for you. Before you know it, you’ll be cookin’ like a Cajun too!” 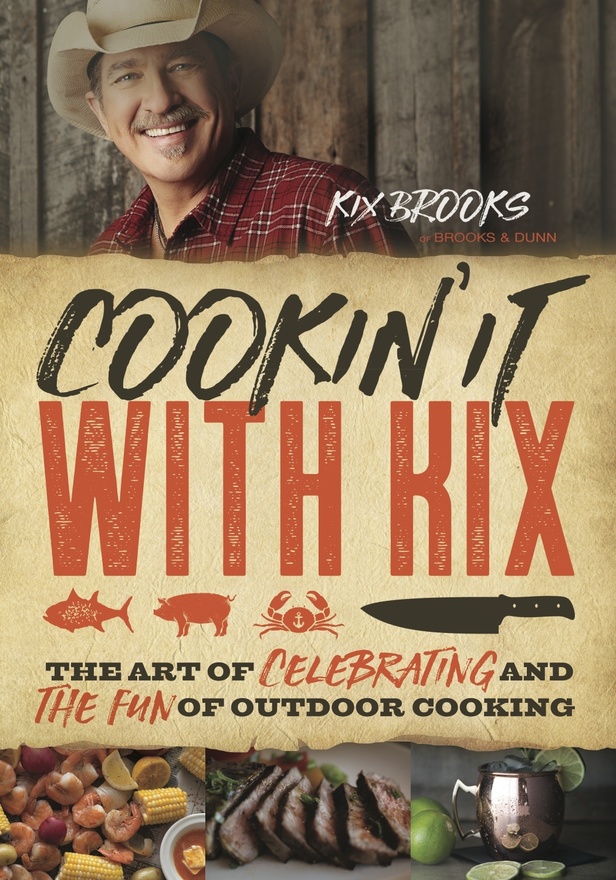 Cookin’ It With Kix, written with long-time radio producer and friend Donna Britt, includes over 100 recipes showcasing Brooks’ passion for all types of outdoor cooking, oftentimes with a flare of his Louisiana heritage highlighted, in family recipes alongside personal stories. From side dishes to desserts, cocktails to hot sauces and duck gumbo to beignets, Brooks has created the perfect collection for get-togethers and easy entertaining.

“We couldn’t be more excited about working with Kix on this unique book,” said Matt Baugher, Senior Vice President of Thomas Nelson and Publisher of W Publishing Group. “The recipes are amazing but this is as much a celebration guide as it is a cookbook.  And enjoying life is one of the things that Kix has been espousing for years, whether onstage or behind the microphone of his radio show. Buyers of this book are in for a treat.”

In addition to his success as one-half of country music’s must successful duo of all time, Kix Brooks continues to his career as a solo touring/recording artist while simultaneously exploring new paths. Brooks, whom Rolling Stone calls “one of the most versatile guys in country music,” includes lead acting credits and film producer to his impressive resume that also lists three CMA “National Broadcast Personality of The Year” awards for American Country Countdown, hosting his Kickin It with Kix radio show five nights a week, a Cooking Channel series “Steak Out with Kix Brooks,” co-owner of Nashville’s award-winning winery Arrington Vineyards and columnist for Country Weekly. Brooks & Dunn will continue their residency as part of Reba, Brooks & Dunn Together In Vegas beginning May 3 at The Colosseum at Caesars Palace, which has seen 18 consecutive sellouts.