The holiday season has officially arrived, and it’s that time of year again for our annual holiday giveaway! CountryMusicRocks is EXCITED to launch its 6th Annual CMR Rocks 12 Days of Christmas Giveaway!!!! For the next twelve days, December 7 – December 18, we will launch a new contest every day here at CountryMusicRocks.net. Thanks to our amazing supporters, we have some exciting things to give away this year! Good Luck, and we wish you a very Happy & Safe Holiday Season!!!

♫On the seventh day of Christmas, CMR gave to me – An Autographed copy of The Swon Brothers debut CD!!!♫ 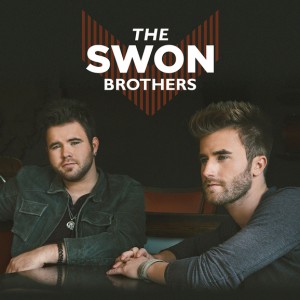 Arista Nashville recording duo The Swon Brothers were country favorites during Season 4 of NBC’s The Voice. Since then, Zach and Colton Swon have released their debut album featuring hit single, “Later On.”

To enter to win an Autographed copy self-titled debut album, The Swon Brothers, simply Like Country Music Rocks and The Swon Brothers on Facebook,  . Winner will be randomly selected and notified after contest closes on 12/22. ONE Entry Per Person. Good Luck!!

Give the gift of music and grab your copy of The Swon Brothers at a retail store near you, or on iTunes HERE.