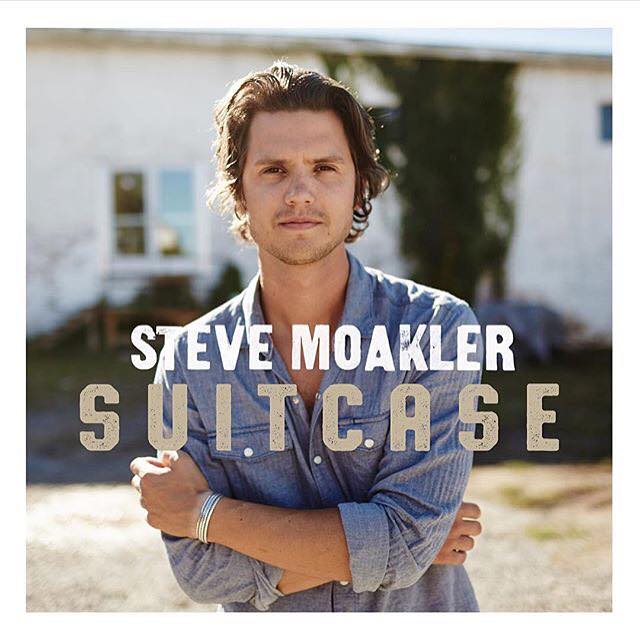 Steve Moakler is back in front of the mic with his new single, “Suitcase,” available on Spotify beginning today. The country artist and songwriter (co-writer of Dierks Bentley’s hit, “Riser”) first revealed the single yesterday in his interview with Taste Of Country. “Suitcase” is off Steve’s forthcoming album – set for release in 2016. The album is being produced by GRAMMY-Award winning producer, Luke Laird.

“‘Suitcase’ is a song that represents the heart of the album to me,” Steve tells Taste of Country. “I remember when I first got the demo back for this song, I was on tour with my wife in a camper, we were traveling across the country playing for fans from all over. When we put this song on, we were driving in Minnesota — the road was wide open and the sky was beautiful — and we felt so much of those lyrics in that moment. This song is about valuing the simple things in life and not getting caught up in all of the distractions that pull us away from each other.”

In December, Steve will re-join country duo, Dan + Shay on select sold-out dates of their tour. For more information on Steve and tour dates, visit SteveMoakler.com.