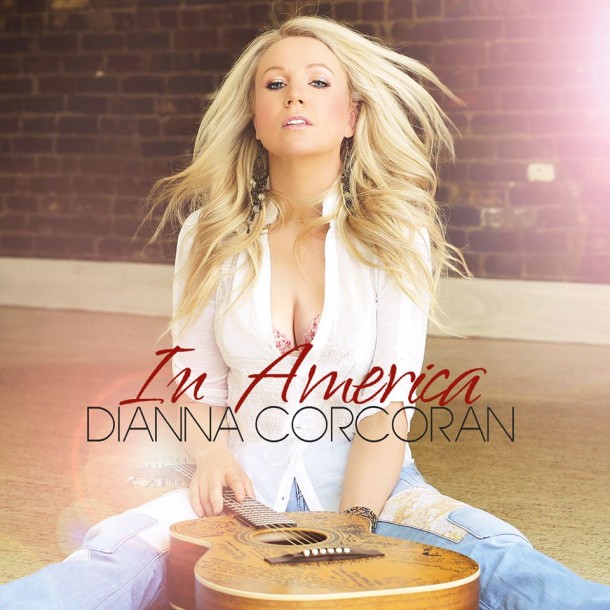 Country artist Dianna Corcoran will release her much-anticipated album, In America, on Jan. 29, 2016. In America, self- produced by Corcoran and recorded at Nashville’s Ocean Way, Warner and Fool on the Hill Studios, is a 12-track collection of songs that brings the best of Australia’s country flavor stateside.

Infusing pop into her Country, Corcoran contributes a unique sound and feel to the genre with her impressive songwriting and agile vocals. From the upbeat fun of “God Did Good” to the subdued, angelic vocals of “A Better Me,” there’s a song for every Country fan.

“In America is a collection of true stories,” commented Corcoran. “It’s all real, from the first note to the last raw guitar strum. I hope that by sharing honesty through my music, I’ll have the chance to connect with people across the world.”

Leadoff single “God Did Good” hit radio in August and is available for download on iTunes and Amazon. The upbeat love song features Corcoran’s clever songwriting skills and vocal prowess. With its catchy hook and infectious melody, “God Did Good” sings the praises of Corcoran’s love interest and how “God did good” when he made him. The video, which recently took the No. 1 spot on Taste of Country’s Top 10 video countdown, can be viewed here.

An Australia native, Corcoran is no stranger to success in the Country format. With numerous awards to her name, including two Australian Country Music Association Golden Guitar Awards, Corcoran has proven her talents in Australia and across the globe.

Working extensively in the songwriting community throughout Stockholm, London, Germany, Australia, and the U.S., it was only a matter of time before Corcoran took the leap and brought her Country stardom to America.

Now that Corcoran is here, America and Country music are much better off for it. Country stars better watch out, because it’s Corcoran’s time to shine.

Fans can preorder In America now on iTunes.

2. THANK YOU FOR CHEATING ON ME (Written by Dianna Corcoran, Rebecca Lynn Howard and Rachel Thibodeau)

6. NOT READY TO LOSE with Gary Burr (Written by Dianna Corcoran and Gary Burr)

9. OTHER SIDE OF LETTING GO (Written by Dianna Corcoran and Blake Bollinger)

10. GHOST IN THE PASSENGER SIDE (Written by Dianna Corcoran, Ben Stennis and Blake Bollinger)

12. A BETTER ME (Written by Dianna Corcoran and Jeremy Spillman)