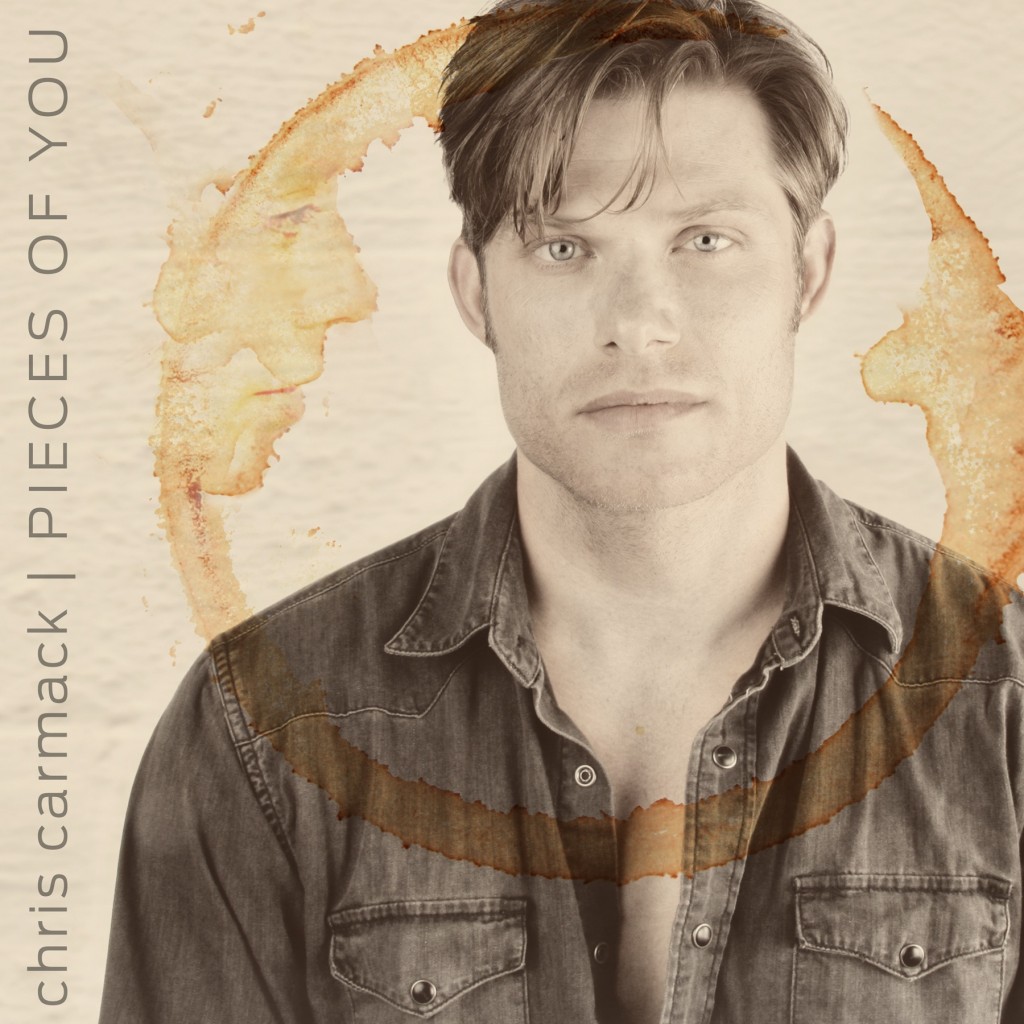 The multi-talented star of ABC’s “Nashville” Chris Carmack has set December 11 as the official release date of his debut EP, PIECES OF YOU.

In gearing up for the launch, the triple-threat singer, songwriter and guitarist has released two songs from the project – the title track and debut “Being Alone” – and, over the past few months performed at numerous events throughout Nashville including the star-studded Grand Ole Opry 90th Birthday Bash, 2015 CMA Music Festival and CMA Songwriter Series featuring “The Men of ABC’s ‘Nashville’.”

Pre-Order your copy of PIECES OF YOU on iTunes HERE.

Since being unveiled, Carmack’s music and live performances have been warmly received by critics:

“Any notion that ‘Nashville’ co-star Chris Carmack was just another actor dabbling in music were obliterated … with Carmack showing off some greasy guitar licks and a soulful yearning voice.”
– Rolling Stone

“There’s a built-in prejudice against actors jumping into music, but he deserves to be taken seriously.”
– Billboard

“[Carmack] showed off his impressive vocal and guitar chops, ripping through his own originals…”
– The Boston Globe

“Not just vocally but, possibly as a songwriter, boy has got the goods.”
– Yahoo! Ram Country

“…Carmack’s natural charisma, showmanship and legit singing chops immediately made it seem like he should have been there [“Nashville”] from the beginning.”
– Nashville Scene

Produced by multi-platinum, Grammy Award-winner Ben Fowler (Lynyrd Skynyrd, Michael McDonald) and Phoenix Mendoza, PIECES OF YOU features five tracks written solely by Carmack that echo his wide range of influences; everything from the jazz and blues he grew up playing on saxophone, to rock, pop and country music. From the smooth, funky groove of “What Has Changed” through the gritty country-blues-soul of “Can’t Do It Again” and the gentler strains of “Always Mine” to “Being Alone” and the title track, the EP offers an impressive sampling of Carmack’s notable guitar playing and gift for turning personal experiences into universal sentiments.

Currently in production on “Nashville,” Carmack has been featured on THE MUSIC OF NASHVILLE soundtracks in addition to performing on the 2014 and 2015 “Nashville” concert tours. On December 4, THE MUSIC OF NASHVILLE: ORIGINAL SOUNDTRACK, SEASON 4, VOLUME 1 hits retailers (Big Machine Records) and will feature Carmack on two tracks: “Sleep Tonight (A Lullaby)” with Jonathan Jackson and “Run With Me.” The popular show has received nominations for the Golden Globe Awards, Primetime Emmy Awards, People’s Choice Awards, Teen Choice Awards and Critics’ Choice Television Awards.