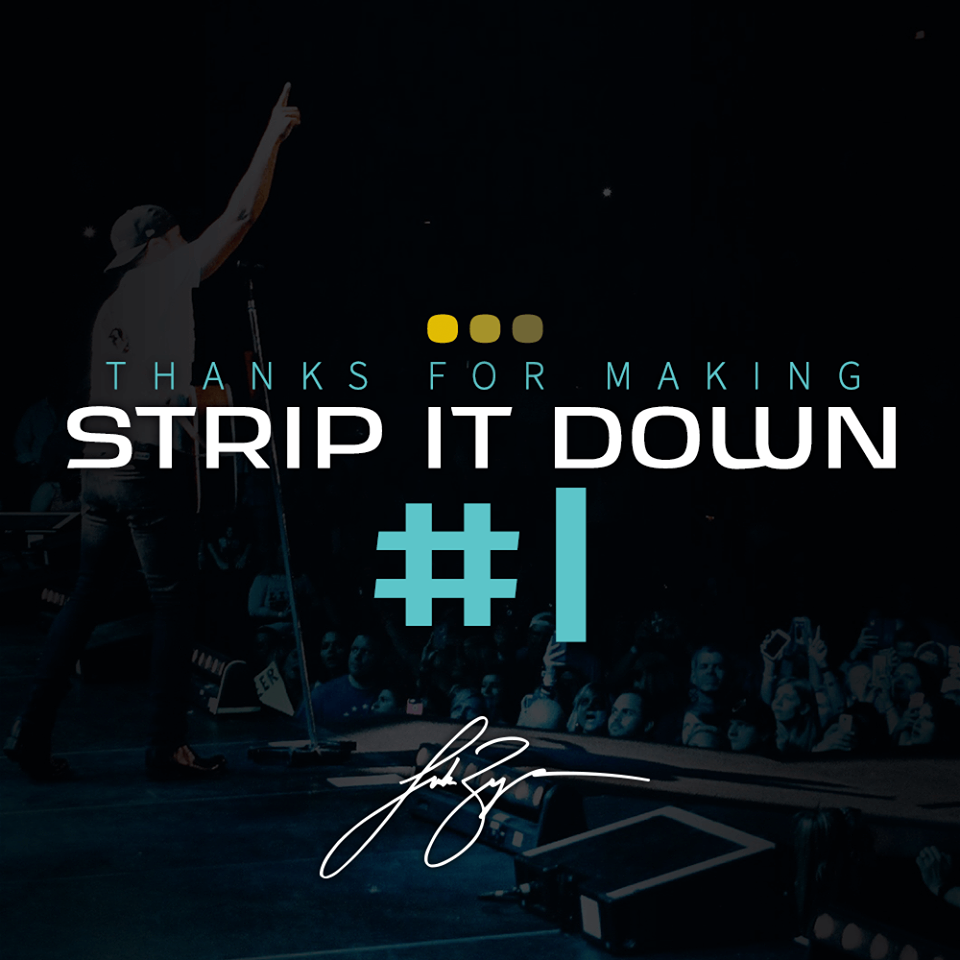 Reigning CMA and ACM Entertainer of the Year Luke Bryan just landed his 14th career No. 1 single on both country single charts with “Strip It Down.” On the Billboard chart, Luke holds the No. 1 chart position on four charts including Country Airplay, Top Country Albums with Kill The Lights, Country Streaming Songs and Hot Country Songs where he is No. 1 for a fifth week.

“Strip It Down,” written by Luke, Jon Nite and Ross Copperman, is the second No. 1 single from Kill The Lights, his fifth studio album. Kill The Lights became the third-largest album debut in all genres in 2015, next to the R&B /hip hop releases from Drake and Kendrick Lamar and was also the highest country album debut in the last two years, since Luke’s own Crash My Party album release debuted at #1 in August 2013. To hear all of Luke’s No. 1 songs click here.