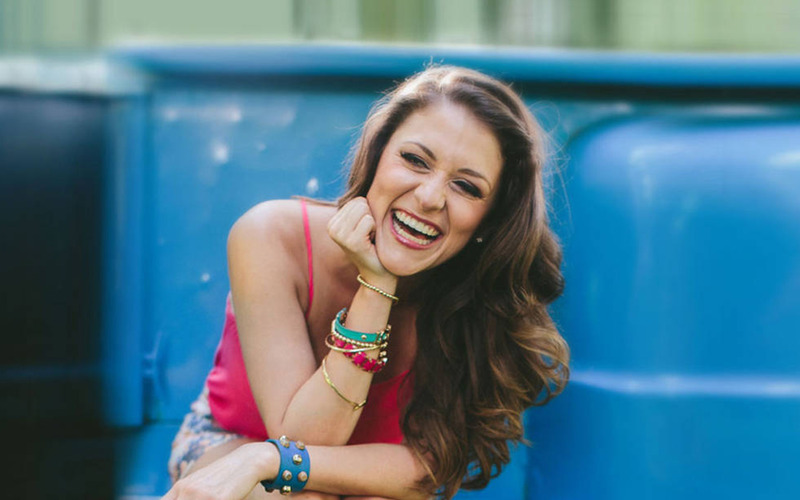 Country Newcomer Courtney Cole is making a solid impression on country music and country music fans with her debut self-titled EP.  In addition, Cole just wrapped up touring with Miranda Lambert on the Roadside Bars and Pink Guitars Tour.

We caught up with Courtney Cole to chat about her new music, new single, her time out on the road with Miranda Lambert and much more. Check out our exclusive interview below with the rising star.

CountryMusicRocks (CMR): You recently released your debut self-titled EP. Give us some background and tell us a little about this collection of new music?

Courtney Cole: This new EP is a perfect collection of songs that explain where I am in my life right now. I’ve been excited about love and into expressing the beauty and struggles of being a woman. It’s positive, beat driven music that I would want to hear when I turn on the radio or jamming out to when I’m getting ready to go out a on Friday night!

CMR: For folks that are not familiar with you yet, how would best describe your sound?

CMR: In addition to the new EP, you are also promoting your brand new single, “Drunk.” Tell us a little about that song?

Courtney Cole: I wrote “Drunk” in the Smokey Mountains on a trip with some friends. We were looking out the window of our cabin at the amazing view and talking about how amazing life is. About 45 min later, “Drunk” happened! It’s truly just a song about being crazy high on life and love!

CMR:  Women in country music are starting to take a strong role once again. Who are some of your favorite country female artists that you gravitate towards and that have had some influence on your & your career?

Courtney Cole: It’s time for women to make a comeback! I have always been influenced by Shania, Faith, the Dixie Chicks, Miranda. I gravitate toward females with strong messages in their songs, as well as huge melodies.

CMR: You are currently out on tour with Miranda Lambert! Tell us about your experience so far and what has it been having Miranda as a role model out on the road?

Courtney Cole: This has been such an inspiring experience! Miranda has been an inspiration of mine for so long. Her Revolution record inspired me to write! To see her own her craft, and call the shots out here on the road has been so good for me to see. She is a one of a kind artist, that’s for sure!

CMR: Speaking of being out on the Roadside Bars and Pink Guitars Tour, where are some of your favorite places to shop for your outfits to wear onstage?

CMR:  When you’re not writing and performing, what are some fun things that you like to do in your free time?

Courtney Cole: I’m obsessed with hot yoga! I do quite a bit of it even when I’m not in class haha! Other than that I have great friends and a puppy that I spend a lot of time with!

CMR: What is one thing on your country music bucket list?

Courtney Cole: I want to be nominated for female vocalist of the year! That would be pretty amazing!

CMR: As fans are getting to know more about you, what is one thing that you would like to convey to fans about you & your new music?

Courtney Cole: I want to convey who I really am! Country music is all about the truth and I just want to be true to myself in my songs because I know other people can relate to that honesty.

Courtney Cole: Country music is not only a sound but it’s a lifestyle. Country artists are singing about what they know. It’s simple, and plainly stated. It’s a story. And it’s the truth!

Courtney Cole’s debut EP is available on iTunes and serves as a great introduction to the country newcomer. Pick up your copy HERE.