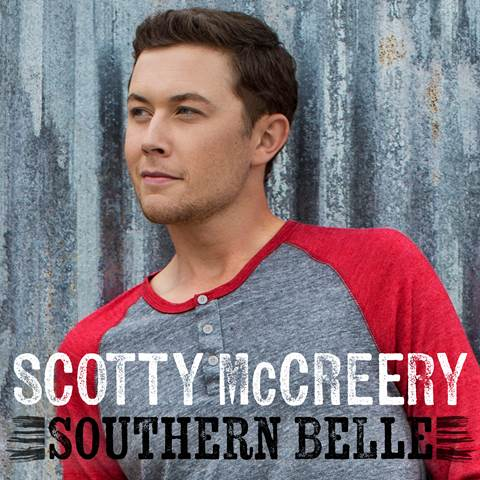 Multi-Platinum-selling country music star Scotty McCreery releases his brand new single, “Southern Belle,” to the masses. Produced by Frank Rogers and written by Sean McConnell and Jason Saenz, “Southern Belle” is the lead single off of the ACM and CMT Award-winner’s upcoming third studio album on Mercury Nashville / 19 / Interscope Records due out early next year.

Fans can preview and purchase “Southern Belle” by visiting umgn.us/SouthernBelle.

“‘Southern Belle’ is a unique sounding song that, while still country, offers something new and different from what people might expect coming from me,” explains McCreery. “It’s a fun song and I am excited to share this with my fans!”

In addition to the Platinum-selling fan-favorites including “See You Tonight,” “I Love You This Big,” “The Trouble With Girls,” and his most recent Top 10 Gold-selling hit, “Feelin’ It,” McCreery has been introducing his new music to fans while on the road as the Special Guest on Rascal Flatts’ Riot Tour 2015. He also debuted “Southern Belle” on the “FOX & Friends” All-American Summer Concert Series last month.