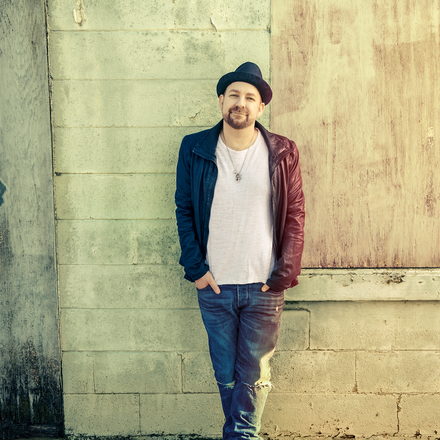 Platinum-selling country star and Streamsound Recording artist Kristian Bush is letting sparks fly with the release of his new single, “Light Me Up,” today, June 1. The track is already one of the most added at country radio.

The anthemic love song, co-written by Bush and Jesse Rice (“Cruise”), marks the eagerly awaited follow-up to Bush’s Top 20 hit, “Trailer Hitch,” and shows a different side of this multi-faceted artist. “When you are loved by someone, it changes you forever,” says Bush of “Light Me Up.” “I decided to write a song to celebrate that.”

Catching fire with media and fans alike, “Light Me Up” has already scored positive reviews on Billboard.com, Radio.com, and TasteOfCountry.com, among others, as a song that showcases Bush’s power as a songwriter, singer and recording artist.

In an exclusive preview with Billboard.com, Bush shares why “Light Me Up” marks a unique turning point in his decade-long, hit-making run at country radio as one-half of Sugarland: “For the first time in my country music career,” he says, “I am getting to sing a love song directly to you.”

“Light Me Up” is featured on Bush’s critically-acclaimed debut solo album SOUTHERN GRAVITY, which has been lauded by THE BOSTON GLOBE, ROLLING STONE, THE SYDNEY MORNING HERALD as well as COUNTRY WEEKLY, who named it the “feel-good album of the year.”

Bush is currently on the road for a two-week long military tour of U.S. military bases in Japan. Following those performances, he will return to Nashville, TN for the CMA Music Festival, making several appearances throughout the week including the Bluebird Cafe (6/9), the CMA Close-Up Stage (6/11), the Grand Ole Opry at the Ryman (6/13), the Chevy Riverfront stage (6/13), and the HGTV Lodge (6/14). In the evenings, he will sit in as the on-air host for BBC2 Radio/Bob Harris Country’s coverage of the LP Field concerts for the third consecutive year.

For a complete list of tour dates and for more information, visit www.kristianbush.com.