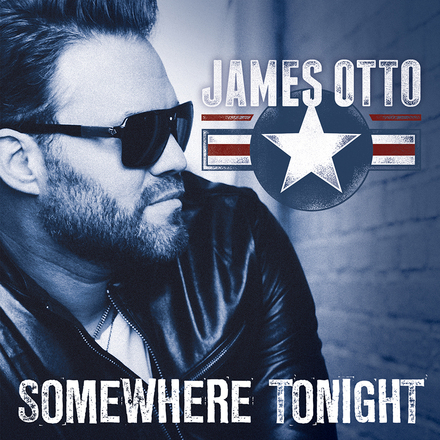 The label has set July 13 as the impact date for the song, which has just cracked the Top 25 on the Music Row airplay chart while climbing into the Top 5 on SiriusXM’s The Highway Hot 45.

“We’d been watching what was happening with “Somewhere Tonight” and were impressed,” said Blaster Records President Derek Simon. “There are a lot of alliances between our camp and James’ team, so one conversation kept leading to another. Both sides were able to be really be creative in quickly structuring a deal that supports what James is trying to do. We’re really excited about how this has all come together.”

Otto previously hit #1 on the Billboard US Country Chart with “Just Got Started Loving You” and is the co-writer of the 2009 CMA and ACM Song Of The Year, Jamey Johnson’s “In Color.”

“I’m so excited about this new partnership with Blaster,” adds Otto. “I’d taken some time off to reflect on my life and my career and it gave me some great perspective and inspiration. I know a bunch of those guys and I knew it was the right fit for me. I’m more focused and committed now than I ever have been in my life. I’m really excited about the future.”

Keep up with James at www.jamesotto.net.