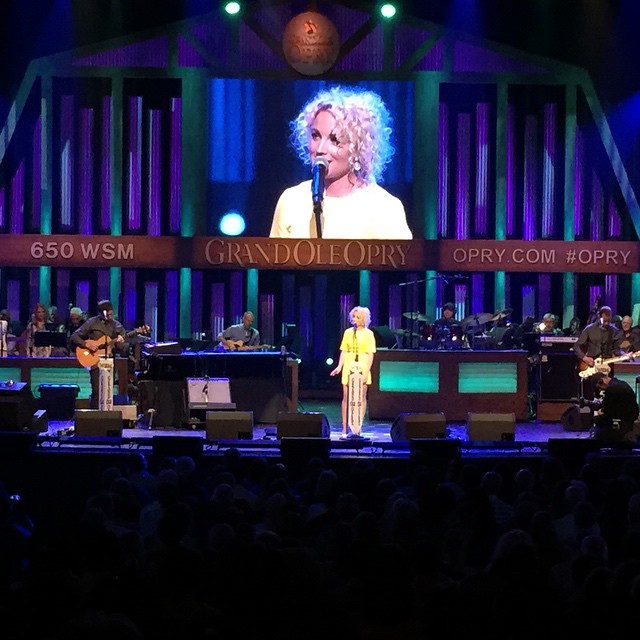 Versatile new Arista Nashville singer/songwriter Cam followed her May 29 Grand Ole Opry debut with an encore performance Tuesday, June 16, on the heels of an exciting CMA Music Festival week and an explosion of sales of her upcoming single, “Burning House.”

During an appearance last Wednesday on syndicated radio’s Bobby Bones Show, Cam sang a verse and chorus of her co-written “Burning House,” a performance that ignited a whopping 8,500% sales increase week over week of the song’s digital single.

Cam’s busy schedule during last week’s CMA Music Festival also found her performing a free show on Friday afternoon at the Festival’s Bud Light Plaza Stage, as well as participating in an in-the-round showcase & discussion with some of her fellow CMT “Next Women of Country” on June 11 at the Country Music Hall of Fame® and Museum.

Chosen by Spotify as the Country Spotlight artist to watch in 2015, Cam continues to turn heads, in person and online, with the songs on her Welcome to Cam Country – EP attracting more than 10.2 million streams in less than five months.

Featuring “Burning House” and her recent single “My Mistake,” Cam’s Welcome to Cam Country – EP is available for sale here.