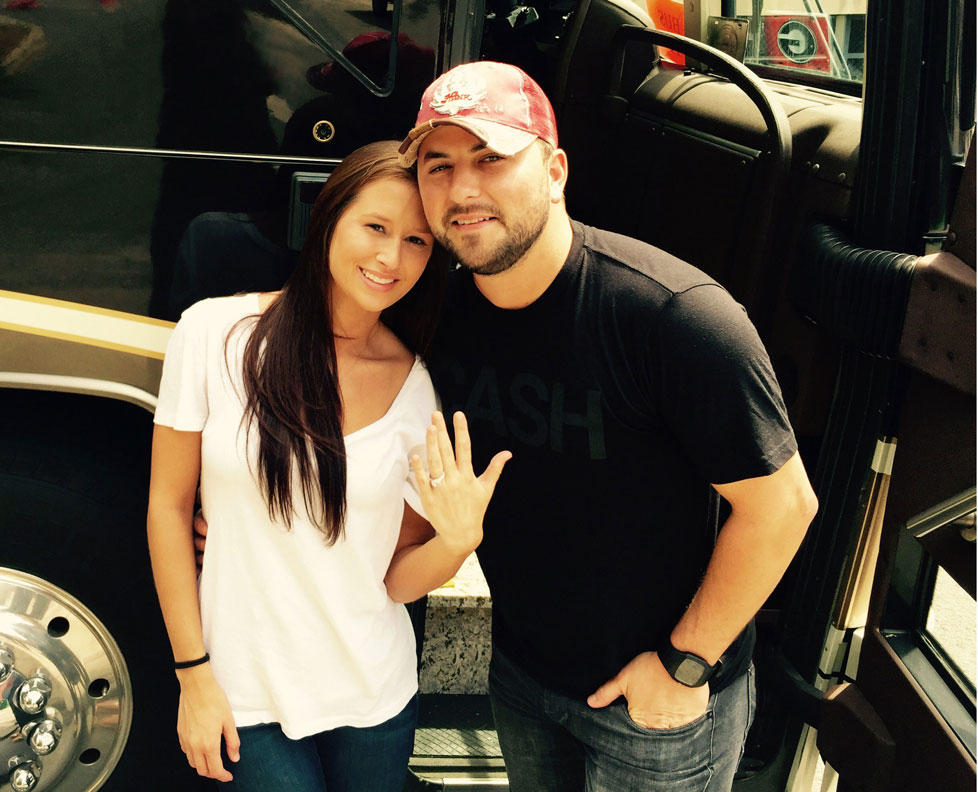 Sunday, May 10, Tyler Farr proposed to his girlfriend of 2 1/2 years, Hannah Freeman, at the historic Ryman Auditorium in Nashville. The man that Entertainment Weekly calls “Country’s King of Heartbreak” was able to arrange special access to country music’s “Mother Church” so that he could get down on one knee and ask Hannah to spend the rest of her life with him. With the stained-glass windows framing the happy couple, the Florence, SC native, Freeman said yes.

“Yes I’m a sucker for heartbreak songs. But, with every heartache you learn, and that coincides with my music career; which all the times and trials led me to find my best friend, a woman that truly makes me a better person. And I am now so very blessed and proud to call her my fiancé,” Farr says.

“Truly the best moment of my life! And I honestly couldn’t think of a better church than the mother church of country music.”

For a country artist whose latest album that is titled Suffer In Peace, the Missouri native’s past few weeks have been anything but peaceful. On April 28, Farr released his sophomore album, Suffer In Peace, via his label home Columbia Nashville. A week after release, Farr’s new album sat in the top 5 on the BILLBOARD Top 200 Albums and BILLBOARD Country Albums Charts. Previously with the release of his debut album Redneck Crazy, which released in 2013, landed Farr at No. 2 on the Billboard Country Albums Chart and #5 on the Billboard Top 200. This makes Farr as the only solo male country artist in the last 10 years to have his first two studio albums debut in the top-5 on the Billboard 200 Chart.