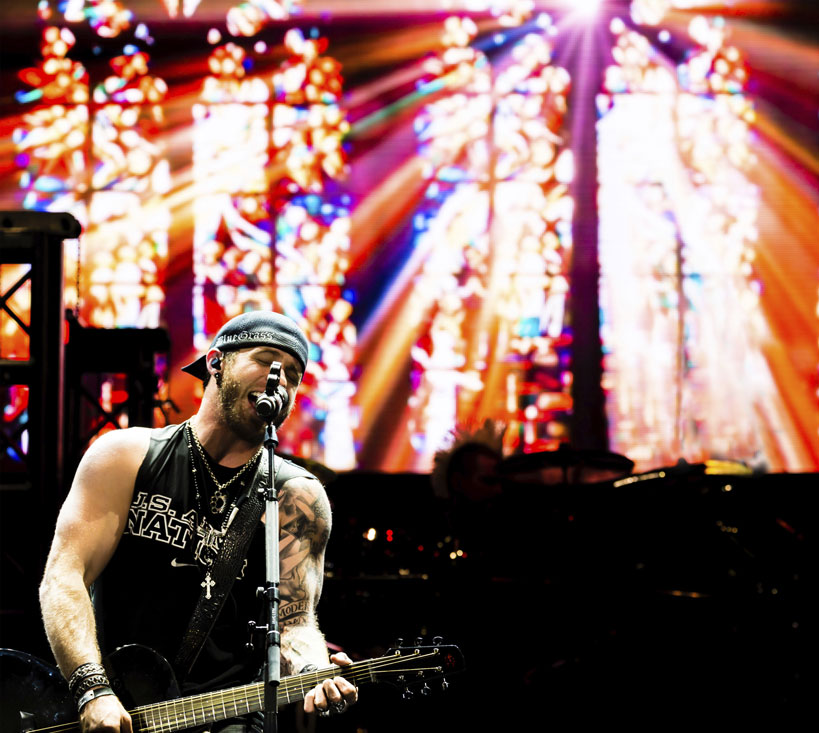 Landing a spot as one of the Top Five best selling Country albums of 2014, Brantley’s third studio album JUST AS I AM (The Valory Music Co.) debuted at #1 on the Billboard Country Albums chart and scored the third-highest Country debut of 2014.

“It’s hard to wrap my mind around all of the support we keep getting,” said Brantley. “I couldn’t be more thankful to the fans for buying the album, Country radio for playing the songs and getting nominated for a pair of Billboard Music Awards. We will be rolling through on the Chesney tour soon … I’m excited for y’all to hear some new stuff we’ve been working on.”

The reigning AMA Favorite Country Album produced the 2X Platinum #1 hit “Bottoms Up,” GOLD-certified “Small Town Throwdown” and emboldened “One Hell of An Amen,” which is quickly ascending the Country radio charts. New York Times attests, “he’s unapologetically rough, singing with the tenderness of a chain saw. And on this strong album — his third in a row — he betrays no shame about his creatine-fueled version of Country music.”

The rebel-rousing hitmaker will prove just that with the release of JUST AS I AM PLATINUM EDITION on May 19, exactly one year after the original album’s debut. Brantley penned every song on the project, which includes five new tracks in addition to a remix of “Bottoms Up” featuring rapper T.I.

Brantley won New Male Vocalist of the Year at the 2013 Academy of Country Music Awards and will return to help celebrate the 50th Anniversary of the ACM Awards in Dallas with a performance as part of ACM Presents: Superstar Duets, airing May 15 on CBS.