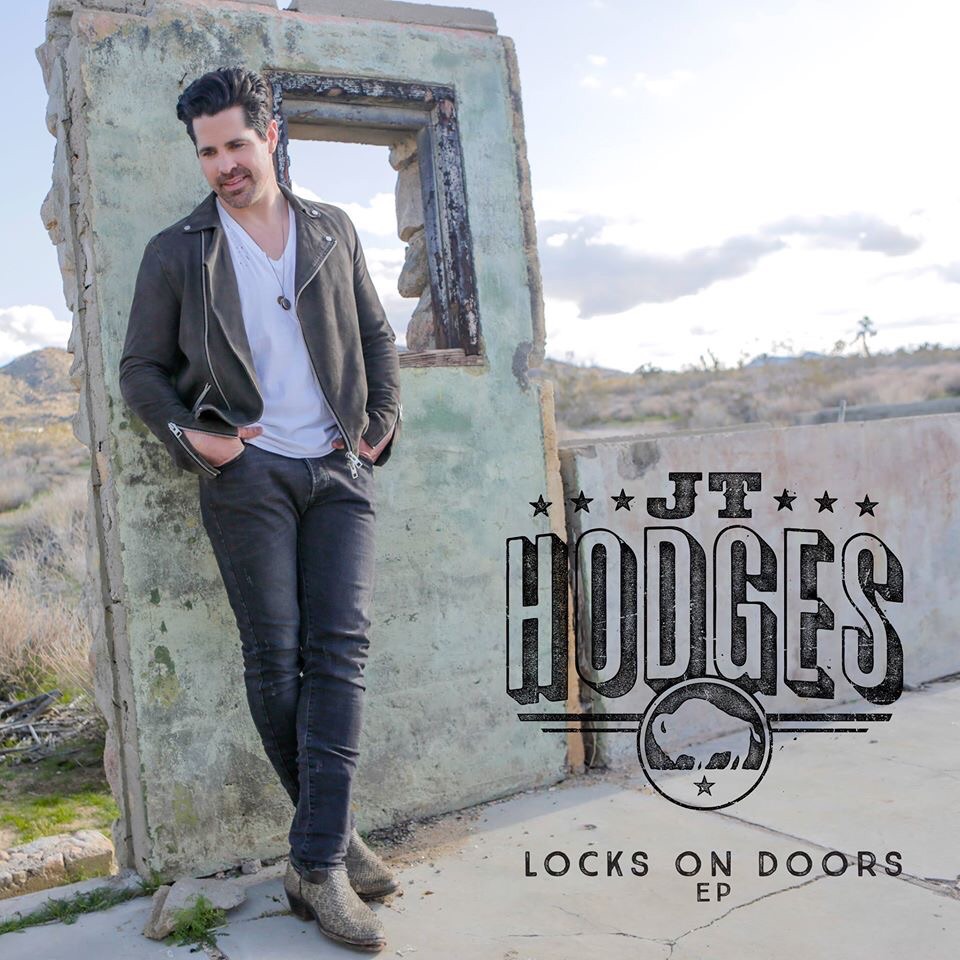 Following the People.com exclusive streaming release of his new single, “Ray Bans,” and his third place victory at the annual ACM Lifting Lives Celebrity Golf Challenge in his hometown of Dallas-Fort Worth, Texas, ACM-nominated artist JT Hodges announces the release of his highly anticipated EP “Locks on Doors” to iTunes today.

The EP features the infectious summertime single, “Ray Bans,” which premiered on SiriusXM’s The Highway this morning while Hodges sat down to discuss the EP on Mornings with Storme Warren. “Locks On Doors” includes sure-to-be fan favorites such as “Girls Like It,” “Gonna Need A Guitar,” and the title track “Locks On Doors.” Hodges will later appear on SiriusXM’s Happy Hour with Buzz Brainard this Friday, April 24, 2015 beginning at 4 p.m., before heading down to Tin Roof Broadway for his free EP release party at 9:15 p.m..

“The EP, ‘Locks on Doors,’ is a compilation of songs I’ve always kept close to me. You could kind of say I’ve locked them behind a door, but it was time for these songs to be set free,” said Hodges of the new project. “These songs were me. The production, the music, the arrangements, all represent who I am stylistically as an artist. For the first time I was free to make music instinctively rather than calculated and for the first time every song went beyond what I imagined it could be. I’m proud of that.”

In honor of Earth Day, Hodges releases his eco-friendly EP packaged with a sleeve made of recycled paper and vegetable based inks.

Hodges will conclude his whirlwind week with his return to the Grand Ole Opry on Saturday, April 25, where he will hold an in-store signing of his EP after the performance in the Opry Shop. Transitioning to a more raucous atmosphere, Hodges will kick off the first concert of the season for Whiskey Jam’s Outdoor Summer Series on Monday, April 27. The party begins at 7 p.m. in the parking lot of Loser’s Bar and Grill in Nashville, TN. Hodges will then take his high energy show on the road, with performances in Chicago, Seattle, Las Vegas, Tampa, Houston and more. View his full tour schedule here.