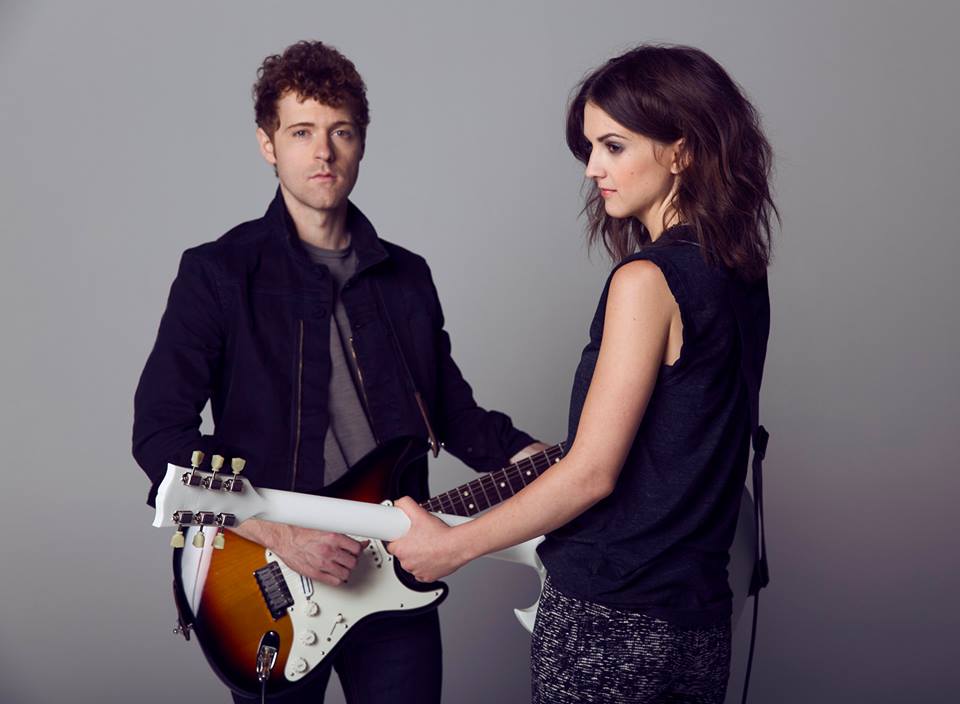 CMT hosted the world premiere of duo Striking Matches’ music video for their debut single “Hanging On A Lie.” The video debuted this morning on CMT, CMT Pure, Cmt.com and CMT Artists App. Fans can now view the video HERE.

“Hanging On A Lie” is the lead single from Striking Matches’ forthcoming debut album, Nothing But The Silence produced by GRAMMY award-winning producer T Bone Burnett, being released March 23rd on I.R.S. Nashville.

To go behind the scenes at the “Hanging On A Lie” video shoot, click HERE.

Striking Matches just returned to the states after performing for thousands of music fans during four events at the C2C Music Festival in London. This is the duo’s second consecutive year performing at C2C and they have created quite a following in the UK.

Having eight songs placed in ABC’s hit drama series Nashville has definitely brought awareness to Striking Matches’ music overseas. “Each time we performed ‘When The Right One Comes Along’ last weekend, the crowd sang every word because they knew it from the TV show Nashville,” says Sarah. “As a songwriter, it doesn’t get any more emotional for me than a crowd of over a thousand people singing a song we wrote. It’s such a dream come true for us.”

Album pre-order is available now via iTunes and Amazon.