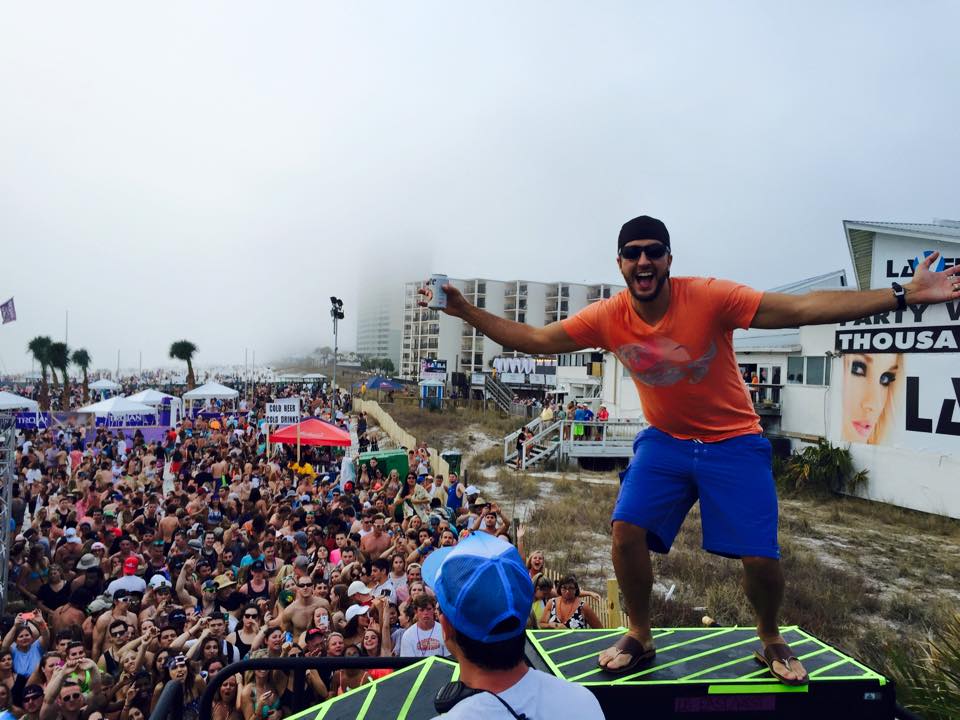 Luke Bryan wrapped his seventh and final year of two-day Spring Break concerts at the Spinnaker Beach Club in Panama City Beach, Florida on Thursday March 12. Record breaking crowds swelled the beach area east and west of the club’s over flow and also bled to the Gulf water’s edge. Local officials estimated over 200,000 fans gathered each day.  The legacy he will leave will be of fun.

“When they’re having kids, they’re telling their kids how we used to go stand on the beach to see a free show that I put on, and that’s their memory,” says Luke. “That’s their time of their life where they’re having the most fun – they don’t know it’s the most fun period of their life – but it’s gonna be cool that forever if you were at any of those shows through any of those years, I think you can take away that day and that moment and remember being there forever, which is cool. That’s a great legacy. I think it doesn’t have to be really any more complex than, ‘Man, I was there, just being young and having fun. I met your mama there.’”

The spring break albums and concerts began in 2009 as a way to get new music out to Luke’s fans between studio releases. This year’s release, Spring Break…Checkin’ Out, is available in record stores, as well as digitally, now and contains five new songs all co-written by Luke plus all six songs from last year’s EP. Luke’s collection of all six previous Spring Break releases combined have over 1.1 million sales to date.

Today’s Jenna Bush was on hand to cover the final event with a story airing this coming Monday, March 16. CMT’s HOT 20 show was also on tap with Katie Cook. Fans can tune-in to watch the fun on CMT on March 21 & 22.

In the past two-weeks Luke played his first-ever shows in Europe and on May 22 the Country Music Hall of Fame and Museum will open a summer exhibit Luke Bryan: Dirt Road Diary. On May 8, Luke will kick-off his new “Kick The Dust Up Tour.” Luke is the reigning CMA Entertainer of the Year and will co-host the 50th Academy of Country Music Awards with Blake Shelton for a third consecutive year on April 19, 2015.