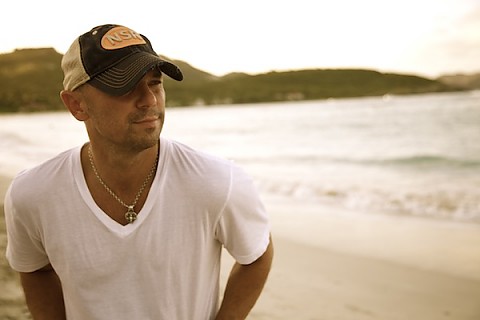 The rehearsals are churning, the video being finalized. As Kenny Chesney puts the finishing touches on his 2015 The Big Revival Tour, slated to kick-off with a double at Nashville’s Bridgestone Arena on March 26-27, the folks at No Shoes Radio have put together a two hour special to preview Chesney’s first road trek in two years.

Packed with music, memories, fan blasts and specific memories from every market on the tour, Chesney, Jon Anthony and Mark Tamburino drop this off-the-cuff and laughter-filled special Wednesday, March 18 at Noon ET. The “Big Revival Tour Preview Special” will repeat at 6 p.m. ET that evening, then go into a rotation daily for the next week around the world at www.noshoesradio.com, via the Kenny Chesney & No Shoes Radio mobile apps, and via distribution partners TuneIn, iHeartRadio, and iTunes Radio.

“So much has happened over the years,” marvels the only country artist on Billboard’s Top 10 Touring Acts of the Past 25 Years. “When you sit down and start looking at the places we’re going, the stories just emerge. Going through the schedule with Tambo, who was there – and Jon Anthony who watched from the outside – it brings back a lot of memories for all of us.

“If the fans ever wonder what they mean to us, or what they’ve helped us build, all they have to do is tune in and listen. It’s all there: the good times, the crazy moments, the things like the Spread the Love Fund that made all of us think and, above all, some of the very best nights of all of our lives. I was pretty fired up to get out there already, but thinking about the people we’ve met, the adventures we’ve had, well, that takes it to another place.”

With almost two dozen NFL stadiums and a handful of festivals, The Big Revival Tour is set to make up for not being on the road last summer. Chesney knew he wanted a show that was long on music, spoke to who he is, where he’s going – and the things that matter. Since becoming a headliner in 2002, the East Tennessean has come to represent summer in the 21st Century.

“When you hear the stories of how a group of girls get together every summer at one of the dates – because that’s what they did in college, you smile,” the man The Wall Street Journal deemed “The King of the Road” says. “So many people have told us, ‘It’s not summer if you’re not coming through,’ and it feels great to be so much a part of people’s lives like that. It’s part of the inspiration for the No Shoes Radio special: sharing our moments and stories with the fans.”

Capturing people’s lives is also a big piece of what makes the 8-time Entertainer of the Year someone with their finger on the pulse of America. Having already scored a the GRAMMY-nominated/multiple week No. 1 “American Kids” and his 26th No. 1“Til It’s Gone,” The Big Revival hit a sweet spot with Chesney’s fans. In addition to “FloraBama,” which anchored a 40,000+ beach concert and CMT Special, Revival features the female free-spirit Top “Wild Child,” featuring Grace Potter, and bluegrass gospel of “Don’t It,” with Alison Krauss and Dan Tyminiski.

To hear all about it or just get ready for the tour kick-off March 26, tune into No Shoes Radio Wednesday, March 18 at Noon ET. With The Big Revival revving its engines, it’s going to be a long hot summer – and Chesney & Co. are more than ready for action.