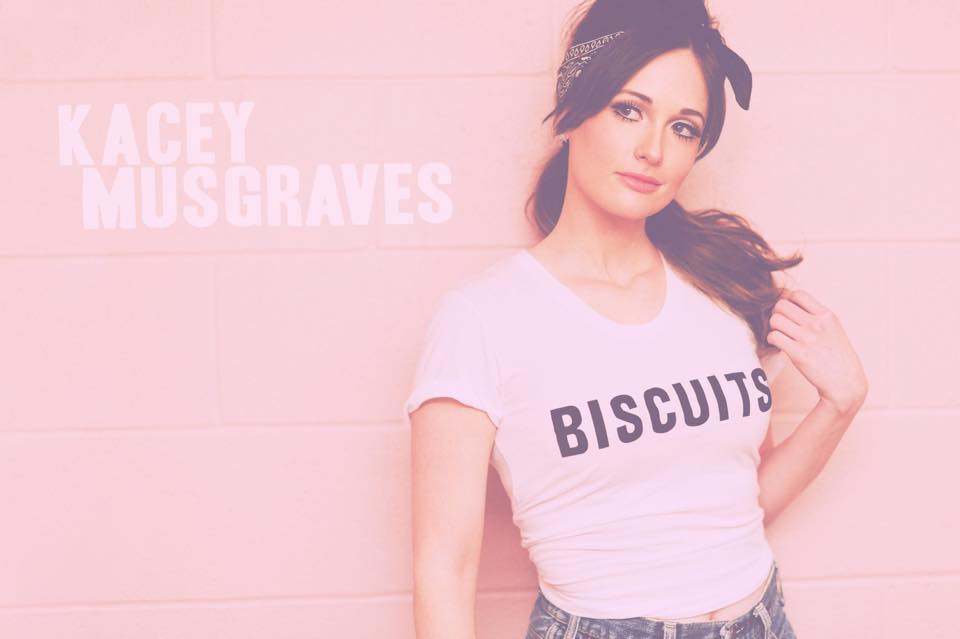 Mercury Nashville singer/songwriter Kacey Musgraves earns the No.1 most added song at Country radio this week with her new single “Biscuits.” From her upcoming sophomore album, the Grammy winner co-wrote the tune with good friends Shane McAnally and Brandy Clark. The same trio wrote the gold-certified “Follow Your Arrow” which won the 2014 CMA Song of the Year.

“‘Biscuits’ is just another example of why Kacey is one of the most brilliant and original singer-songwriters in country music today.” – Johnny Chiang, OM KKBQ

Musgraves earned numerous accolades for her critically-acclaimed debut album Same Trailer Different Park including 2014 ACM Album of the Year and 2014 Grammy Awards Best Country Album. The Texas native recently took her ‘Same Tour Different Trailer’ tour to Australia for several shows including a performance for the CMC Music Awards. She will continue the remaining US dates of the tour on March 26th in Washington, DC. Musgraves’ second album is set to be released later this year.

Tickets and additional information can be found at KaceyMusgraves.com