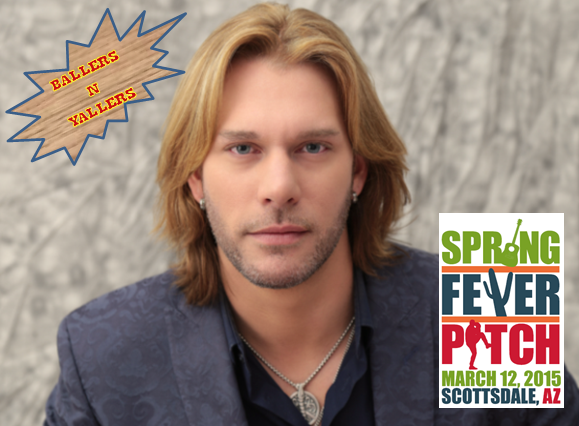 For the second year in a row, all of the fun of Spring Training in Arizona will combine with excitement of today’s Country music scene. “Spring Fever Pitch” will take place on Thursday, March 12, at The Venue Scottsdale. The concert-based social event will feature the winner of “The Voice” Season 7, Craig Wayne Boyd. The announcement was made by Robert Buan, President of GT2 Entertainment and host of radio program “Country Fastball”.

“We had so much fun with this event last year, we can’t wait to do it again,” said Buan, who hosts the program each week featuring players and personalities from Major League Baseball. “All the teams have a bunch of players who are Country fans. They’re all getting ready for the season and fans are in town to have a good time. Craig’s career is just taking off and he’s red hot. So we’ll have the Ballers and the Yallers… It should be an amazing night!”

Of the League’s 30 teams, 15 have their Spring Training headquarters in the Phoenix area. The annual slate of pre-season contests in Arizona – commonly referred to as the “Cactus League” – has evolved into one of the great domestic travel destinations, last year drawing over 1.6 million fans through the turnstiles.

A limited number of advance tickets are available to the public and on-sale now. A portion of each ticket sold will benefit More Than A Ballgame, an Arizona non-profit organization working with charities and causes supported by players and professionals throughout baseball such as Feed the Children, combatting hunger for kids in the US. Get your tickets now before this event sells out! Tickets are available online HERE.

More information about Country Fastball and Spring Fever Pitch can be found at countryfastball.com. The latest news and updates will be available via Country Fastball’s Facebook and Twitter accounts.