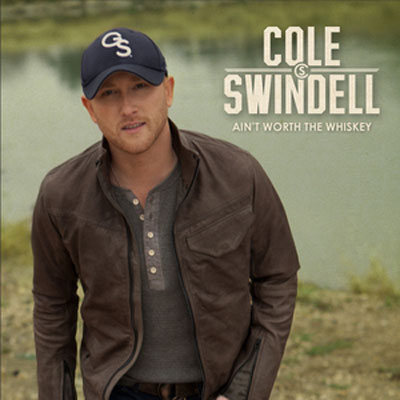 Cole Swindell is three for three as a Warner Bros. Records recording artist, notching his third No. 1 single this week as “Ain’t Worth the Whiskey” reaches the top of the Billboard Hot Country Songs and Mediabase/Country Aircheck chart, as well, attains RIAA gold record certification.

Swindell is one of only four artists in Country Aircheck history to top the chart with his first three singles, and only the second solo male artist (next to Darius Rucker) to accomplish the impressive feat.

The Academy of Country Music and iHeart Radio Music awards Best New Artist nominee will celebrate the milestone Wednesday morning with a performance on NBC’s “The Today Show” and on the road with fans on Jason Aldean’s Burn It Down Tour, which hits Ohio, Illinois and Iowa this week. He’s also making an appearance at NASH-FM 94.7’s NASH BASH at the Barclays Center in Brooklyn tomorrow night.

“This is an unbelievably special moment for me. I’m so proud of this song because not only do I get to celebrate with my fans, but also my buddy Kyle Davis who just returned from the line of duty,” Swindell said after hearing the news. “I want to dedicate this No. 1 to him and once again, thank country radio for all their support.”

“Ain’t Worth the Whiskey” joins “Chillin’ It” and “Hope You Get Lonely Tonight” as chart-toppers from Swindell’s self-titled debut album released only a year ago. “Whiskey” is a bit of a departure for the Georgia-born singer and songwriter. In the song and accompanying video, Swindell uses a night out with friends to put aside his cheating ex, instead choosing to salute his good buddy Kyle Davis of the U.S. Special Forces.