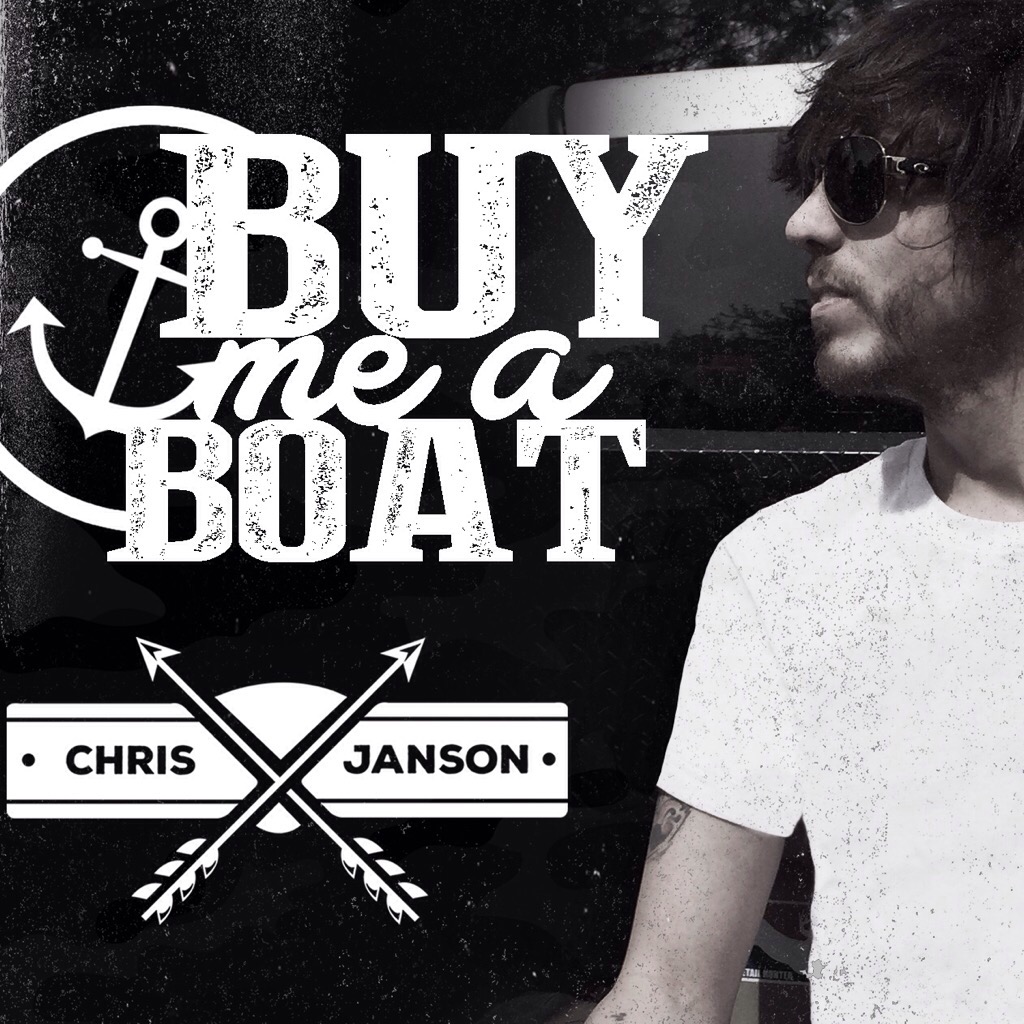 Unsigned, independent artist Chris Janson was all the buzz Friday morning (3/20) when his dream-big anthem “Buy Me A Boat” sailed high at iTunes landing at #1 on the Country and #7 on the all genre charts. Continuing to make massive waves, the tune shattered digital sales with over 21K sold in only three days, an impressive feat since Janson is virtually unknown outside of Nashville and has no radio promotion staff.

“Buy Me A Boat” received a boost from DJ Bobby Bones who gave it a high-profile endorsement on his nationally syndicated Bobby Bones Show following the release. As Bones told Rolling Stone, “It’s not often that I play completely untested, unsigned artists…We played the same song [“Buy Me A Boat”] twice in a half hour, which is a no-no. It hit Top 15 and I realized this song had real legs…And I’ll be damned it hit Number One and took down Sam Hunt, which has been the Number One song for weeks.”

Janson, a formidable songwriter in his own right (Tim McGraw’s “Truck Yeah”), co-wrote the song with Chris Dubois (who has co-written a stream of #1 hits for Brad Paisley). “Every song I’ve written in the last couple of years, I was always thinking of who’s recording now, or who’s looking for songs, or what I could do to write for somebody else and get another ‘Truck Yeah,’” said Janson to Rolling Stone. “I just had to have that one [“Buy Me A Boat”] for me. It’s rare that I love one that much.”

As the song continues its stronghold in the Top 10 on iTunes, Janson has a full schedule of dates where “Buy Me A Boat” is sure to be anticipated and echoed by the crowds including April 3rd and 4th at the Grand Ole Opry, followed by Country Thunder (Florence, AZ) on April 11th and Stagecoach (Indio, CA) on April 26th.

Janson is currently focusing on a heavy summer touring season and writing songs for his debut album.