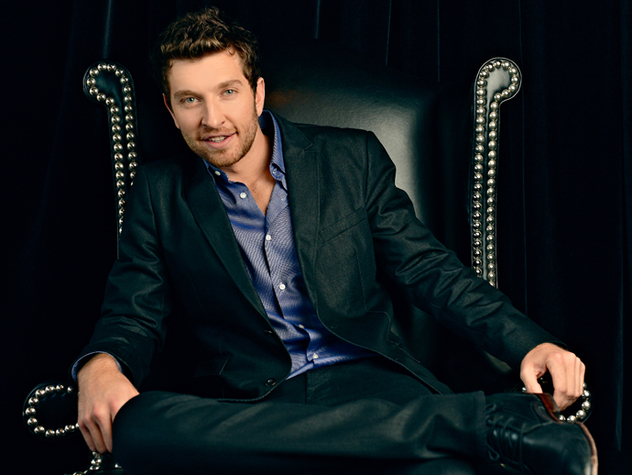 With “Mean to Me,” CMA New Artist of the Year Brett Eldredge joins a prestigious group of artists who’ve written and recorded three consecutive No. 1 singles from their debut album. Atop this week’s Billboard Hot Country Songs chart and Mediabase/Country Aircheck, “Mean to Me” follows his two other back to back No. 1 singles “Don’t Ya” and “Beat of the Music” off his debut album, Bring You Back.

“Wow! First #1, my life was changed, second #1, it got even better and now to close out an album with a third #1, it’s a dream come true,” said Eldredge. “Thank you country radio and all my fans for allowing me to do what I love. You really have no idea how much you ‘Mean to Me!’”

For his previous number ones, Eldredge embarked on two thrilling adventures: first jumping out of an airplane on his first skydive in Tullahoma, TN for “Don’t Ya” and second swimming with the sharks in the Bahamas for “Beat of the Music.” Submit your ideas for the third yet-to-be-determined celebration by tweeting @BrettEldredge using #BrettsNextAdventure.

CMA New Artist of the Year and ACCA Song of the Year winner Brett Eldredge is enjoying three consecutive No. 1 hits with gold-certified “Don’t Ya,” Billboard’s No. 1 song on Country Airplay in 2014 and also gold-certified “Beat of the Music” and most recently, his current single “Mean To Me.” The only country artist cited as one of People Magazine’s “Ones To Watch,” Eldredge enjoyed recent performances on Today, Live with Kelly & Michael, Late Night with Jimmy Fallon and Late Night with Seth Myers, Eldredge will be joining Darius Rucker on his Southern Style tour, kicking off in Holmdel, NJ on May 14th.