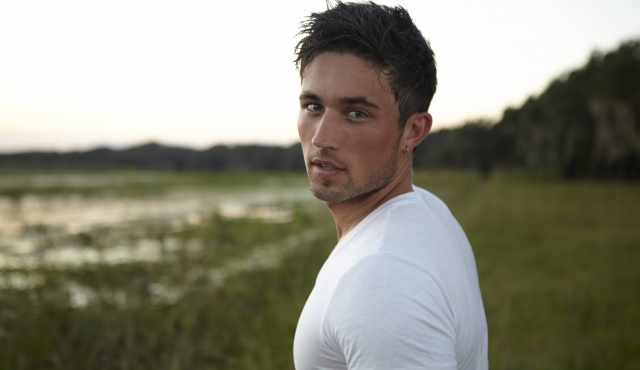 Warner Bros. Records exciting new recording artist Michael Ray released his debut single, “Kiss You in the Morning” to radio, 2/17, becoming the No. 1 Most Added Male and second Most Added Overall. The 26-year-old Florida native’s first single from his forthcoming debut album is getting instant reaction from fans and radio.

The song, written by Justin Wilson and Michael White, is equal parts up-tempo come-on and sweet swaying love song, filled with the kind of electricity you get when infatuation turns into something a little more fun.

“As soon as I heard ‘Kiss You in the Morning,’ I loved it,” Ray said. “The energy of this song keeps building and doesn’t stop. It’s a great message and a really cool and different way of saying it.”

2015 is already off to a running start for Ray who was recently named on of Spotify’s Spotlight on 2015 – Country artists, their annual list of country stars to watch; and Rdio made him the first featured artist in their new Nashville Rising program, which launched earlier this month.

Ray came to Warner Music Nashville road-tested and ready after years of performing for an ever-growing fan base. The singer-guitarist began in the family band with his grandfather, a country music-loving performer who had his own Sunday morning gospel show on a station in Eustis, Fla. Ray’s father and extended family all made their living playing music live at some point and encouraged him to chase his dreams when he graduated from high school.

Before moving to Nashville, Ray built a regular following of thousands of fans in the Southeast and sold out mid-size clubs regularly, including multiple shows at the House of Blues in Orlando, where he recently played his 5th consecutive sold-out show. He joins a growing list of young, talented hitmakers on the WMN playlist and fits right in with a modern sound that’s a little country, a little rock with just a dash of something funky.

Warner Music Nashville Executive Vice President of A&R Scott Hendricks produced the track and Ray’s new album and says the young singer “has it all. He’s an incredible singer and an exciting entertainer. Girls find him not hard to look at. He’s got the drive, the motivation, the work ethic, the right attitude going into this thing.”

Country fans across the nation will soon find this out as “Kiss You in the Morning” impacts radio and becomes available at iTunes. Recently wrapping up with Chase Rice on his Ignite The Night tour, fans also can catch Ray on the road as he tours with Sam Hunt on the “Lipstick Graffiti” tour beginning March in Lincoln, Nebraska.