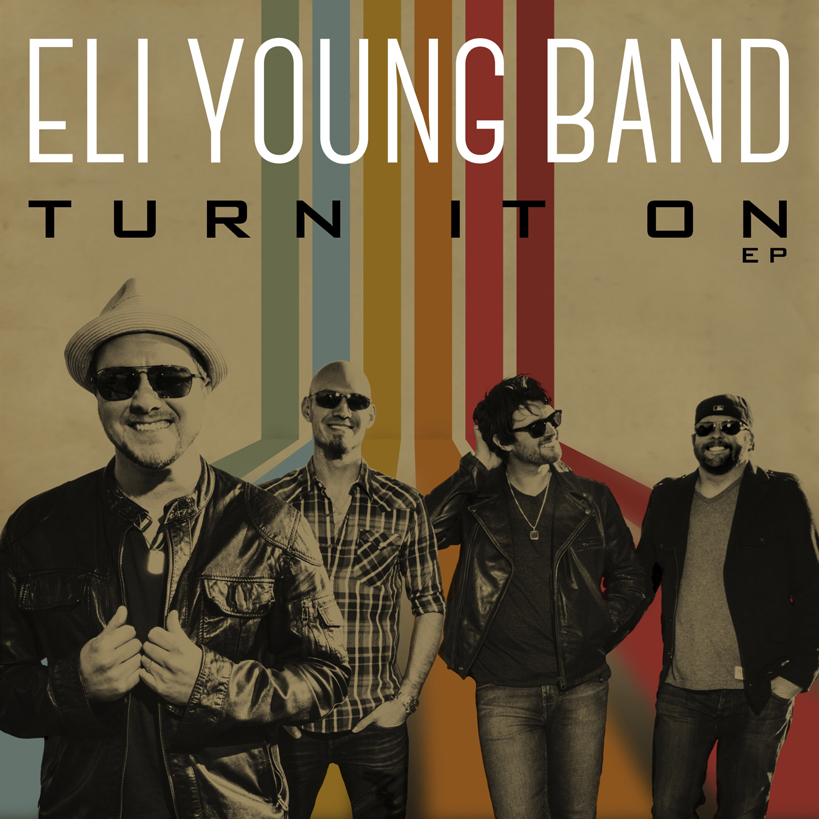 Eli Young Band will “Turn It On” with their new single impacting radio on March 9 and TURN IT ON EP (Republic Nashville) slated for March 10. The infectious “Turn It On,” has an up-tempo, monster hook that instantly grabs you and sinks into your head after just one listen. The talented foursome is giving fans a preview of the track across their social media platforms. Listen here.

With a trio of platinum and multi-platinum #1 hits like “Drunk Last Night,” “Even If It Breaks Your Heart” and “Crazy Girl” under their belts, EYB went into the studio to record four songs, co-written by members of the band, with producers Ross Copperman and Jeremy Stover. Thrilled with the evolution of the band’s sound, their label Republic Nashville is releasing the complete collection immediately, fast tracking the single and EP.

“We live in a time when fans are consuming music at a voracious pace as well as having a strong penchant for instant gratification,” said Jimmy Harnen, Republic Nashville President/Big Machine Label Group EVP. He continued, “when we heard the fantastic cutting edge new music from EYB our only instinct was to get it out there to the fans as soon as possible.”

TURN IT ON EP is the follow-up to the band’s critically acclaimed album 10,000 TOWNS. The album made its debut at #1 on the Billboard Country Album Chart and earned EYB multiple Grammy, CMA, ACM, CMT, ACA and Billboard award nominations.

With TURN IT UP EP, EYB continues to evolve in a fresh and exciting ways. The new music highlights clever lyrics and beat-laden grooves from the band of brothers.