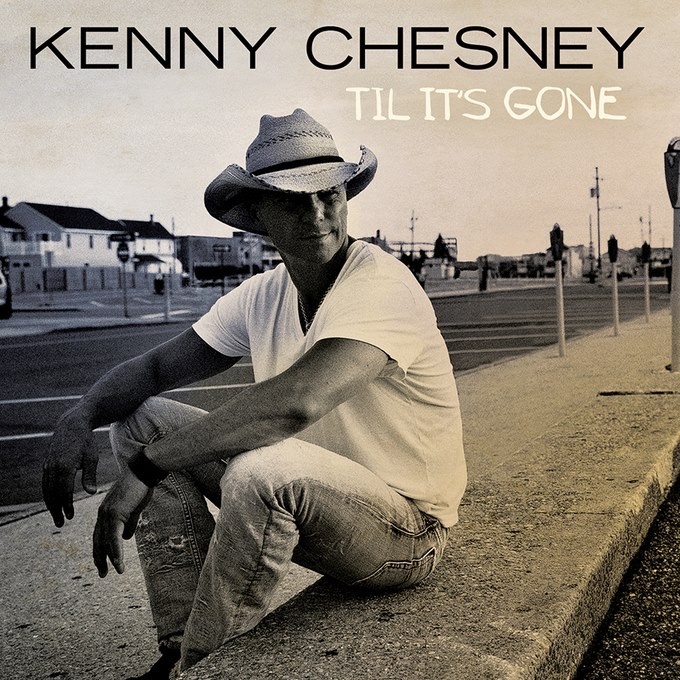 Though written as a traditional love song, Kenny Chesney always heard “‘Til It’s Gone” as everything he feels with his fans, the ones who make up the storied No Shoes Nation and beyond. That drove his decision to cut the sweeping David Lee Murphy/Rodney Clawson/Jimmy Yeary song, and that invitation to not just being in the moment, but hanging onto the one you love for all it’s worth becomes the eight-time Entertainer of the Year’s 26th No. 1 single—making this his second consecutive No. 1 from The Big Revival.

“It’s hard to believe,” Chesney says. “All that music… All those songs… And here we are. Twenty-six No. 1 hits is hard to get your head around, but I’m glad it could be this song – because this song is very much from me to the fans.”

The double-hooked, triple-rhythmed GRAMMY nominated “American Kids,” The Big Revival’s lead single, has already spent two weeks at No. 1 on the Country Singles Charts. Also a song celebrating the free spirits, full-tilt of people engaged in life and love, Chesney sought to push the music and celebrate the ones who are willing to throw themselves full-tilt at the world.

“The Big Revival is an album about what can be, about walking into a room with a smile, arms open to embrace it all,” Chesney says. “‘Til It’s Gone’ is living every last drop with the people who matter, the ones who give you just as much or more than you give them.

“If you’ve ever been to one of our shows, you know how much passion those fans have. They’re the reason I want to get out there and rock harder than I ever have, to look someone in the eye, to say ‘I got this…’ When you get to the bridge: ‘One life, one chance/ One ticket to the big dance/ You and me still holding on/ Right down to the last song…,’ that’s what it’s all about.”

Having sold over a million tickets on each of his headlining tours, Chesney’s ability to give it all on stage has made him the only country artist on Billboard’s list of the Top 25 Touring Acts of the Last 25 Years which is doubly impressive as Chesney only headlined nine of those years.

Beyond the high energy show is the music. While Chesney knows how to rack up the No. 1 hits, his success is the way his songs embody life the way his fans live it. Not a reductionist, he recognizes the power in the smallest things and elevates what is common so its value is evident.

USA Today called The Big Revival, “a coming-of-age tale full of life-changing memories,” while Billboard offered it “captures the zeitgeist of American youth in a way John Mellencamp once owned,” and Rolling Stone raved the album “continuously being a sense of music energy and emotional urgency… His strongest collection of songs since 2010’s career-defining Hemingway’s Whiskey.”

With its varying tempos and aggressive sonics, Revival builds on what people have come to expect and also expands what is possible for mainstream country to include. Beyond a song for Chesney’s first tour bus and a homage to the Flora-Bama Lounge along the Florida/Alabama line, Grace Potter guests on the thinking man’s appreciation of women “Wild Child” and Alison Krauss and Dan Tyminski harmonize on the stark Appalachian philosophy of “Don’t It.”

With his 26th No. 1, the man The Los Angeles Times calls “The people’s superstar” is connecting in a whole new way. Just wait for the March 26 kick-off of his 2015 The Big Revival Tour.