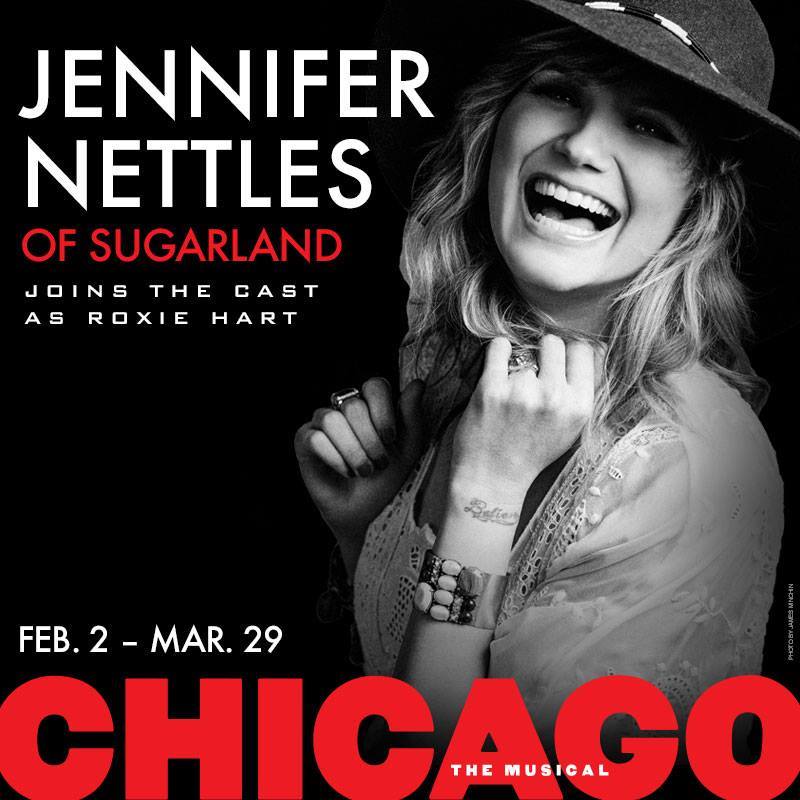 Jennifer Nettles will make her Broadway debut as “Roxie Hart” in the Tony-winning revival of the musical Chicago, which will run February 2nd through March 29th at the Ambassador Theatre in the Big Apple.

“Broadway has always been a special, magical place, with a wonderful tradition of singers and actors,” she said in a statement. “I feel honored and proud to be part of this great tradition. Taking on such an iconic role as Roxie in Chicago is a dream come true.”

Jennifer replaces Amy Spanger, who originated several lead roles in Broadway productions, including Rock of Ages before re-joining the Chicago cast as Roxie in early October.

The Grammy-winning artist made the announcement on NBC’s Today Show on Tuesday (December 9th). See the video below.