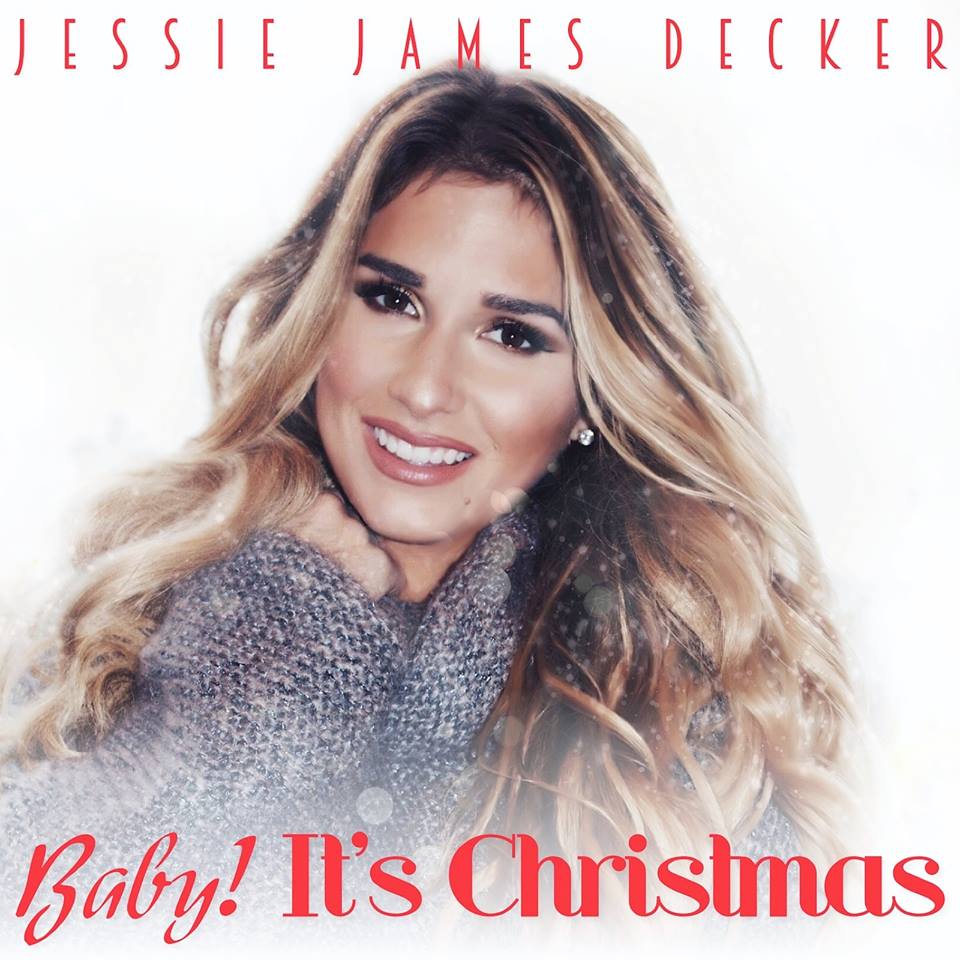 CountryMusicRocks got the opportunity to catch up with Jessie James Decker. She chatted with us about her new holiday single, as well as her role as co-host on CMT’s hit series “Redneck Island.” Decker also shared with us that new music is on the way in 2015! Check out our interview below.

In addition to her music, Jessie and husband Eric Decker have launched the Eric & Jessie Decker Foundation.  The foundation supports the lives of United States military veterans, at risk children, and animals. EJDF is committed to service to those who have served us, including via the rescue and training of service animals through Decker’s Dogs, as well as providing meaningful assistance to children in need of support, guidance, confidence, and love. Learn more about the foundation HERE.

CountryMusicRocks (CMR):  You recently released your new holiday single. Tell us a little about “Baby! It’s Christmas” and what inspired you to write & release a Christmas song?

Jessie James Decker: I just wanted to write a song that had all of my family traditions and things that I love about Christmas the most combined into one song for my family.

CMR:  In addition to being back in the studio to record, “Baby! It’s Christmas,” you’re also working on new music. What can you tell us about that so far? What can fans expect with the new music ahead?

Jessie James Decker: I have been working on a new record for a while and now that football season is coming to an end I will have plenty of time to get back in the studio and finish the record and release it in early summer. I am very excited about it and I think fans are going to love it!

CMR: You are currently co-hosting the new season of CMT’s Redneck Island. What has that experience been like for you?

Jessie James Decker: I loved doing “Redneck Island” because I love hosting and being back in Georgia. I also loved hanging out with Stone Cold Steve Austin.

CMR: Since the show can get a bit crazy, have you witnessed any shocking, “Did that really just happen,” moments so far on the show?

Jessie James Decker: I don’t want to ruin anything for anybody so you have to stay tuned and watch each week! I will tell you there were many times that I was shocked this stuff was happening. I couldn’t believe it.

CMR: You and your husband have launched the Eric & Jessie Decker Foundation to benefit those who are a part of the US Military. Tell us a little about this foundation and what inspired you & Eric to set this up?

Jessie James Decker: I come from a military family and my dad is a Colonel in the Air Force. I also went overseas with Kid Rock and performed for our troops and had an even greater respect and appreciation after seeing everything that they were doing for us over there. Eric and I wanted to do something with freedom service dogs so we created Deckers Dogs which helps veterans suffering from Posttraumatic Stress Disorder. We rescue dogs from shelters and for $20,000 we can train them and they get to go home with a veteran suffering from PTSD. It’s such an incredible thing to be a part of and to know we are making a difference in these wonderful brave veterans lives.

CMR: How can fans help support this foundation?

Jessie James Decker: You can support by going to the Eric and Jessie Decker Foundation website (ejdeckerfoundation.com) and donating whatever you can!

CMR: The new year is right around the corner. As an artist, what are you looking forward to most in 2015?

Jessie James Decker: I am looking forward to recording a new record and making more music for my fans and getting out on the road and performing for everyone. In addition to that I’m really excited about launching my bikini and clothing line.

CMR: With the Christmas holiday quickly approaching, are you excited to start any new traditions with your daughter Vivianne, or even carry on a certain tradition from when you were a child?

Jessie James Decker: I love our family Christmas traditions and I’m so excited to share those traditions with our daughter now in our lives. We will sing Christmas songs, watch Christmas movies, play board games and eat the gravy that my mother has been making for years.

Get in the holiday spirit and pick up Jessie James Decker’s new holiday single “Baby! It’s Christmas” on iTunes HERE.  Spread the holiday cheer and gift a download of a single to a friend & loved one as well!!

One reply on “CountryMusicRocks Chats with Jessie James Decker”