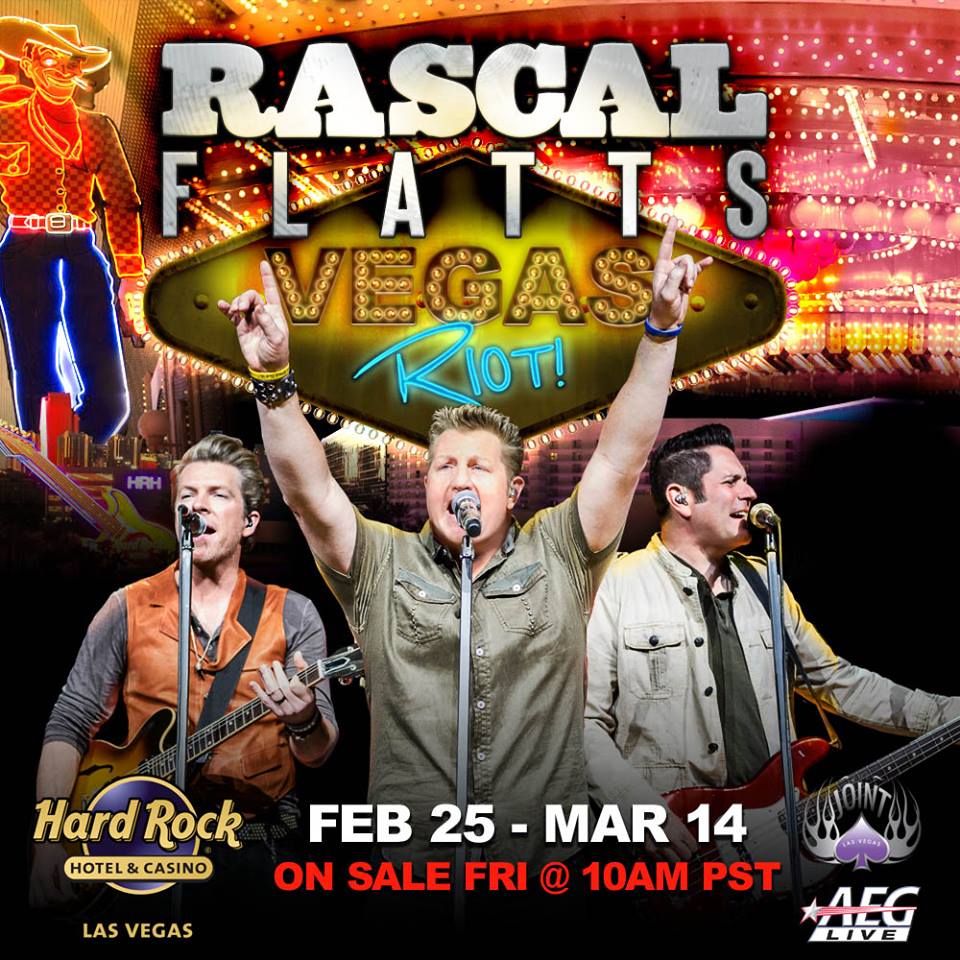 Comprised of Gary LeVox, Jay DeMarcus and Joe Don Rooney, Rascal Flatts is the most-awarded country music group of the past decade with eight consecutive studio albums debuting at No. 1. The Gold-certified title track from the band’s most recent chart-topper, REWIND (Big Machine Records), marks Rascal Flatts’ fifteenth No. 1 single. Since the band’s musical debut in 2000, the group has sold over 22.9 million albums and 30 million digital downloads.

“We are thrilled to be playing such a storied venue as The Joint at Hard Rock Hotel & Casino in Las Vegas,” said DeMarcus. “We’re so excited to do something so different for us. You will experience Rascal Flatts in a way you’ve never seen us before – up close, intimate and personal, and we promise you one thing, it’s going to rock!”

“A Rascal Flatts concert is the epitome of a good time. The band knows how to get a crowd going, how to perform and they’re passionate about their music and fans,” remarked Bobby Reynolds, vice president of AEG Live Las Vegas. “I can’t wait to see these guys and their fans take over The Joint. It will truly be unlike any other residency we’ve had.”