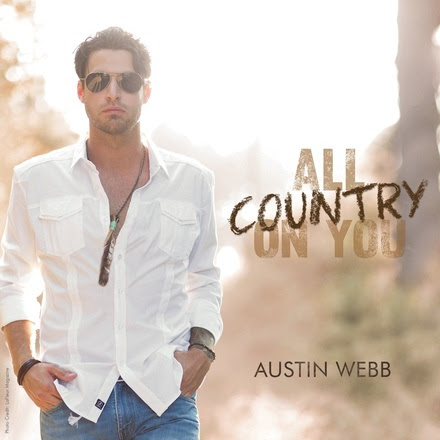 Streamsound Records has announced new music on the way from recording artist Austin Webb. “All Country On You,” produced by Grammy-award winner and Streamsound Records co-owner Byron Gallimore, (producer of Tim McGraw, Sugarland, Faith Hill) will be released to radio on January 5, 2015.

“All Country On You” is a fun, up-tempo song with a special message for the guys about what can go wrong when your girlfriend goes ‘all country on you.’  The new single was co-written by Mark Irwin, Josh Kear and Chris Tompkins, the same songwriters who wrote the radio hits “Before He Cheats” by Carrie Underwood and Tyler Farr’s “Redneck Crazy.”

On the new single, Webb shares, “I know for a fact country girls are the best kind of girls, but they certainly don’t take any BS. The first time I heard the lyric ‘going all Carrie Underwood on my truck’ I was sold immediately. I’ve made my share of mistakes and learned the hard way what can happen if you mess it up. This song emphasizes the fact that you better treat your girl right… or she’ll go ‘all country on you’.”

Webb revealed the exciting news on Facebook Friday, November 7, with a video post; giving his loyal fan base the inside scoop. You can see the announcement video HERE.

To listen to “All Country On You” visit, www.austinwebb.com/allcountryonyou